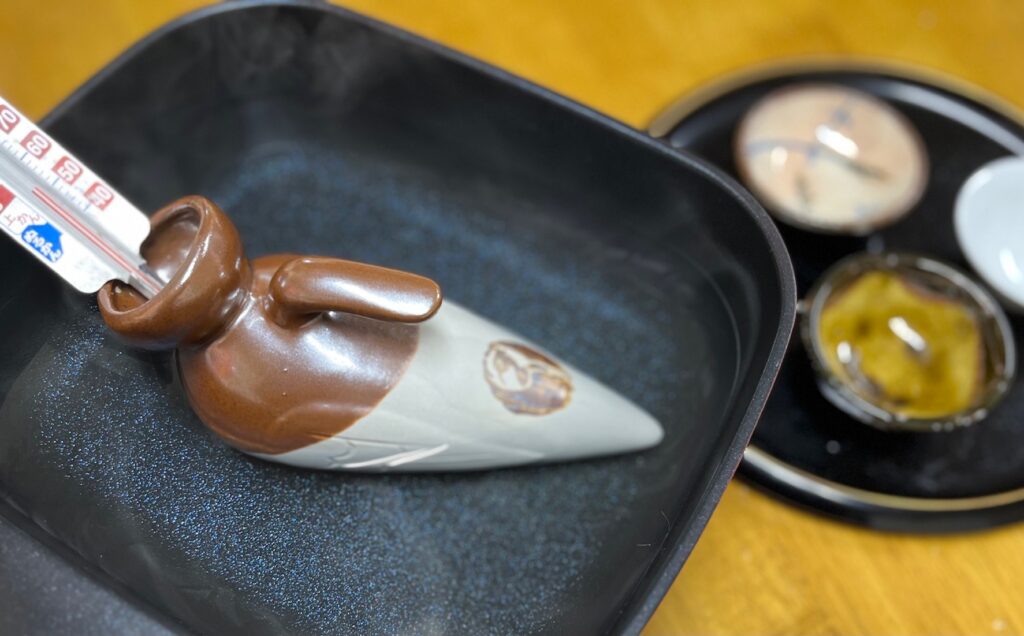 The current state of warmed sake, learned from the warmed sake contest

A competition that evaluates the deliciousness of sake when it is warmed and drunk, which is a major feature of sake.14times"National sake contest"The result of the examination of2022Years8Month6announced on the day.

We think of hot sake in summer, but this contest also has the implication of introducing products that we would like you to enjoy with hot sake this autumn and winter before the season when you miss hot sake.

It is said that the food culture of drinking sake warmed is recorded in the Heian period, and in the Edo period, it was the mainstream to drink it hot. 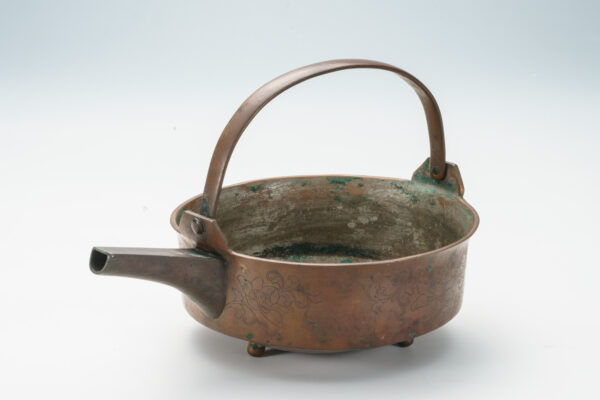 A hot pot from the collection of the Kikusui Sake Culture Research Institute.A similar hot pot is from the late Muromachi period,16It also appears in the "Shuhan Ron Emaki", which was born in the middle of the century.It is depicted that he placed the trivet on the charcoal fire and warmed it over an open fire.

The culture of warming sake has a long history, but it is also true that many people, aside from sake connoisseurs, feel that warming sake is a bit of a challenge.

One of the reasons for this is that, due to the boom in Ginjoshu and unpasteurized sake about 40 years ago, it has become (was?) common sense to drink fresh sake chilled as a gateway to Japanese sake.

At the same time, there were various misunderstandings about warmed sake, so a specialist organization started analyzing the quality of warmed sake, and from that flow2009th year1The annual “Warm Sake Contest” was held.

Warming the sake increases the umami, brings out a different flavor, and depending on the type of food, makes it go well with the food.

Learn how to enjoy hot sake and try it at home or in a store this winter.

Names of warmed sake and how to warm them

Warm sake has an old-fashioned name according to its temperature. 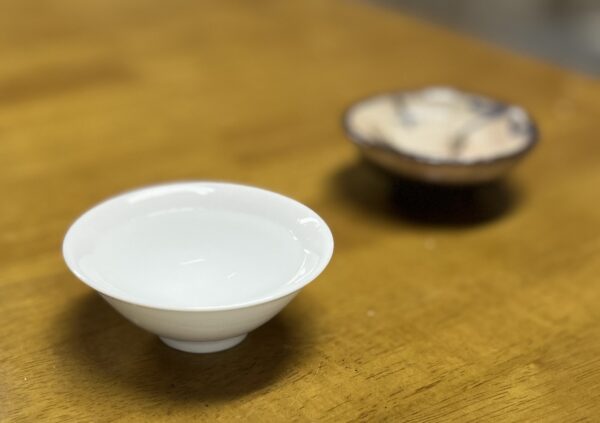 In general, it is said that a flat cup with a wide mouth is suitable for hot sake.

The name of warm sake is as follows.

The most common and recommended method of warming sake is the yusen method. 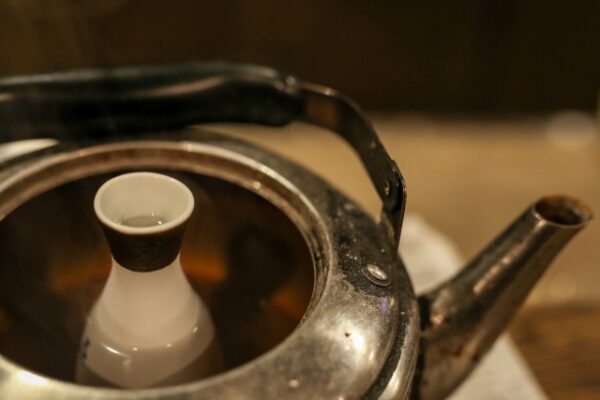 Sake bottles are placed in kettles, pots, etc.8Boil enough water to submerge it, turn off the heat when it boils, and add the sake bottle.Soak until desired temperature.

A thermometer is indispensable at this time. 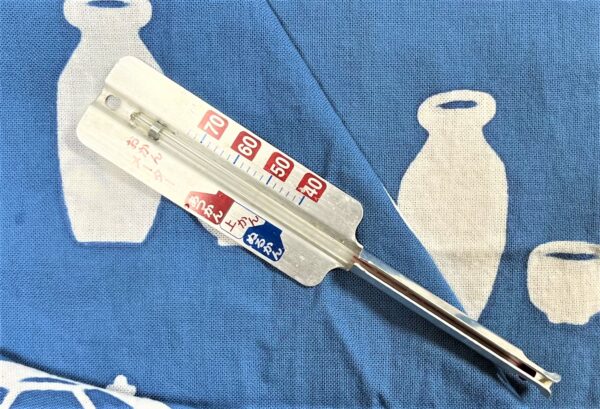 This is the "okan meter".There are various sake temperature gauges from multiple companies, so let's check them out.

It is easy to open the lid of cup sake or XNUMX go bottle and boil it in hot water.

It's easier to do it in the microwave!Warm.

When I was interviewing a sake brewery for a long period of time, a veteran toji told me that XNUMX cups of lentin warm lukewarm sake is the best evening drink throughout the year.It is said that the side dishes were very simple, such as pickled seasonal vegetables.If it's the coming season, I wonder if it's like soaking winter vegetables...

When warming sake in a microwave, we recommend using a round pottery sake bottle.Putting it on the edge of the turntable to prevent unevenness, or stirring it with a stirrer after warming it, can make it even tastier.Cup sake and XNUMX go tokkuri can also be warmed with lentin.

The last item on the list is steamed sake.

A few years ago, "From NiigataRWhen I was doing a special feature on warmed lukewarm sake, I experienced it in a lecture on warmed sake by Ms. Makiko Teshima, a researcher of food culture. 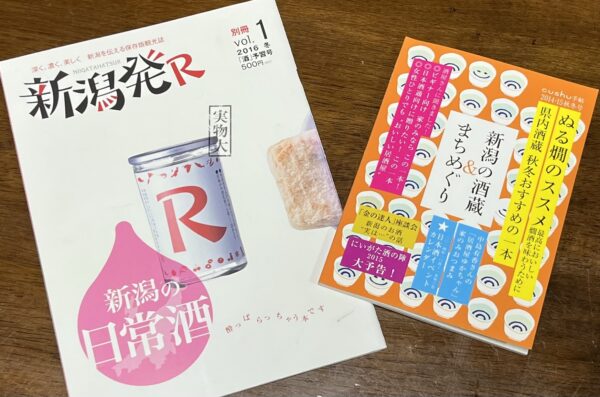 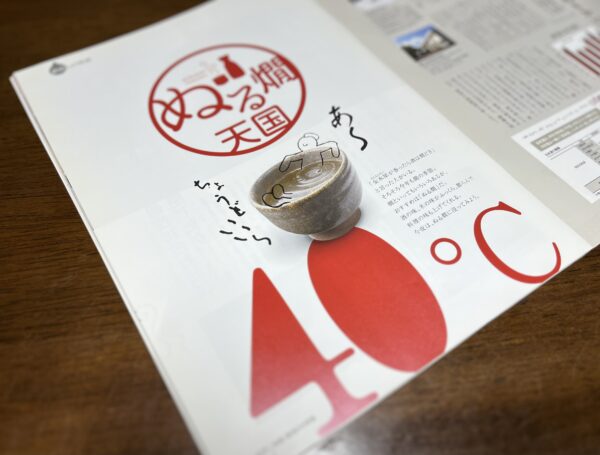 At this time, three types (Junmai Ginjoshu, Junmaishu, Tokubetu Junmaishu), each10℃,45℃ boiled water,45Steamed sake at ℃ and enjoyed the difference in aroma and taste.I still vividly remember the taste of steamed sake, which has a gentle swelling.I realized that the same sake can taste different depending on the temperature and how it is warmed. 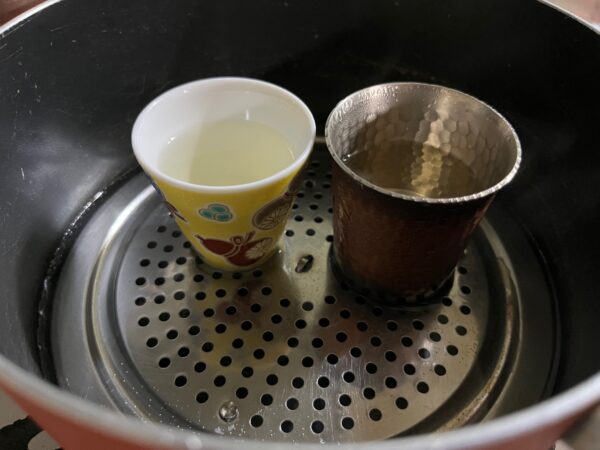 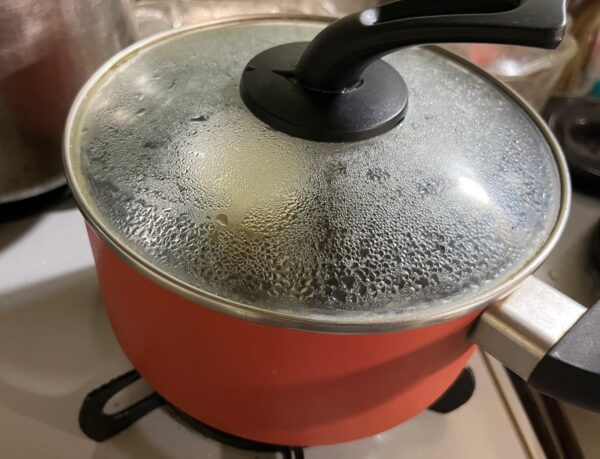 It's easy to make with a normal pot and a steaming plate sold at XNUMX yen stores, so you can taste the same sake in different ways, like a game, and enjoy the difference in taste when you change the temperature. Let's find your favorite <warm sake>.

Nigorizake's hot sake is a luxury item, so opinions are divided.However, I often hear people say, "There is a moment when you can experience the finest taste that can only be tasted with Nigorizake warmed sake."

Also, on the website of the Japan Sake Makers Association, the richness of Nigorizake plays a role like a sauce for Western food, and it goes well with fried foods such as fried oysters.It goes well with spicy dishes such as Thai and Vietnamese cuisine, so I would like to try it.

A well-known utensil for warming sake from long ago is the “Chirori”, in which the handle is hung over the rim of the pot to warm the pot.There are copper, tin, and aluminum. 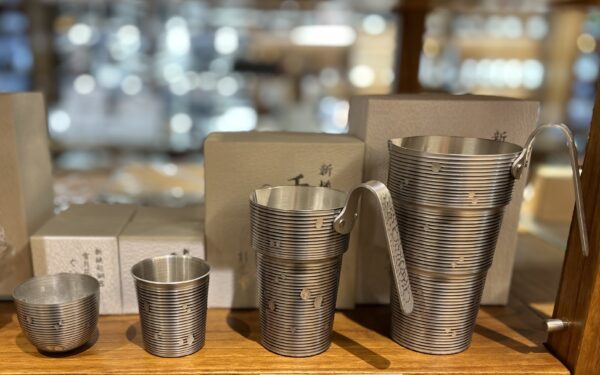 There are also sake warmers and chirori sets, and sake warmers and tokkuri all in one.If you put it on the dining table, it is convenient to warm it at any time.Centered around Tsubame and Sanjo, the manufacturing centers of Niigata, various hot sake goods are being made in the prefecture using both traditional and cutting-edge techniques.

Kanda (Tsubame City), a metal bowl that has attracted attention for its heat-resistant tableware, uses the same technique.sake bottle and sake cupalso developed.It maintains your favorite temperature, so it is recommended for those who want to enjoy conversation while slowly enjoying hot sake. 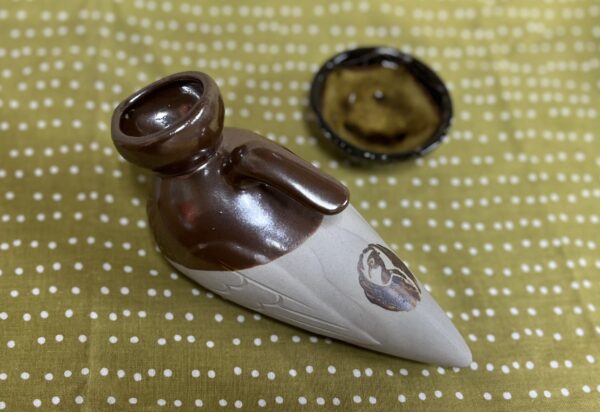 In the past, there is also a folk craft called "Hato Kanki," which is said to have been used to warm sake by sticking its tail into the ashes of the sunken hearth.Tasai Liquor Store (Niigata City) sells the original "Toki Kanki" stamped with the crested ibis. 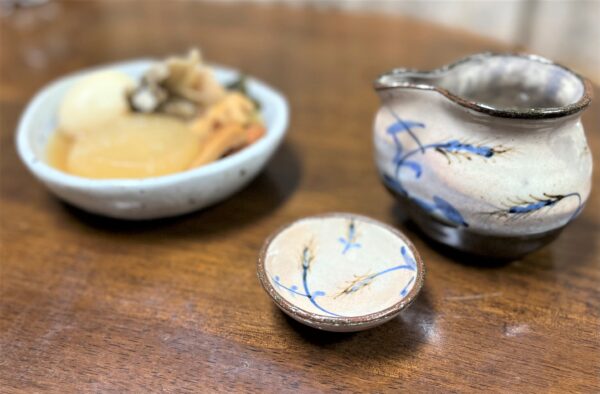 Goods, how to apply, food to match.

If you open the door to the warmed sake world, there is no doubt that the range of deliciousness of Niigata sake will be further expanded.