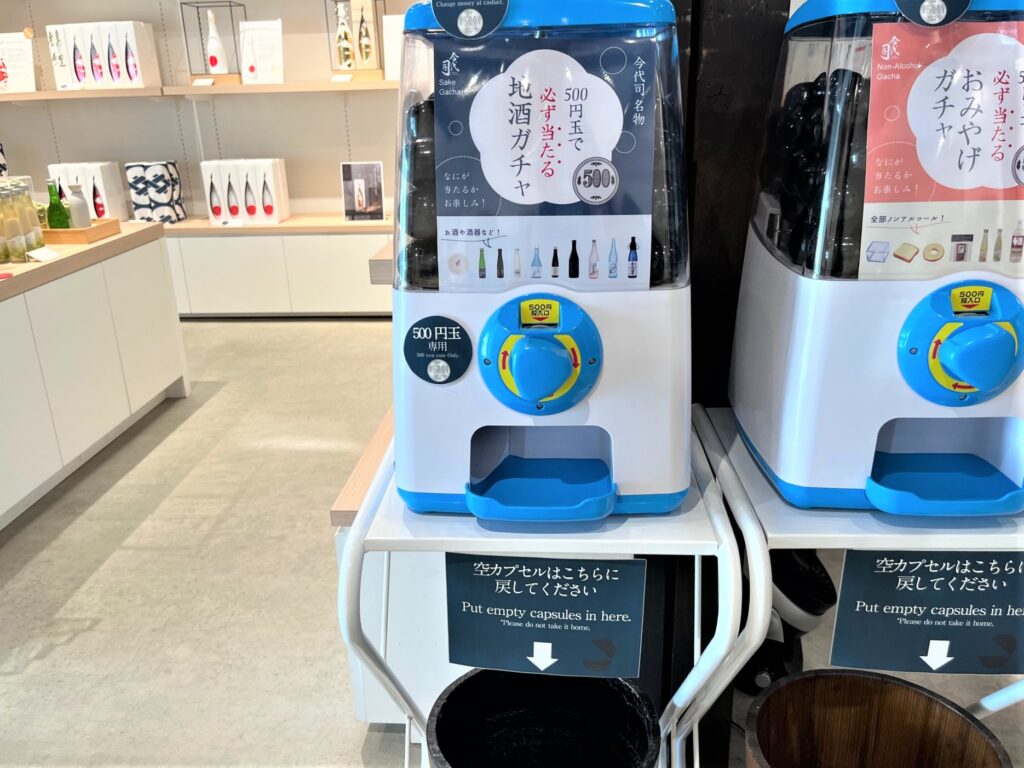 Even among alcoholic beverages, there are still quite a few people who think that sake has a high threshold.

108Day·9On the day,<NEXT>3Held for the first time in a year at Okama (Chuo Ward, Niigata City)"Niigata Sake no Jin"At sake events like this, many people casually enjoy sake, regardless of age or gender.What about your daily life?

Grab a coin and learn about Niigata Sake

Drinking sake like a game immediately comes to mind.JRLocated at Echigo-Yuzawa Station, Niigata Station, and Nagaoka StationPonshukanIt must be the sake tasting machine installed in each store. 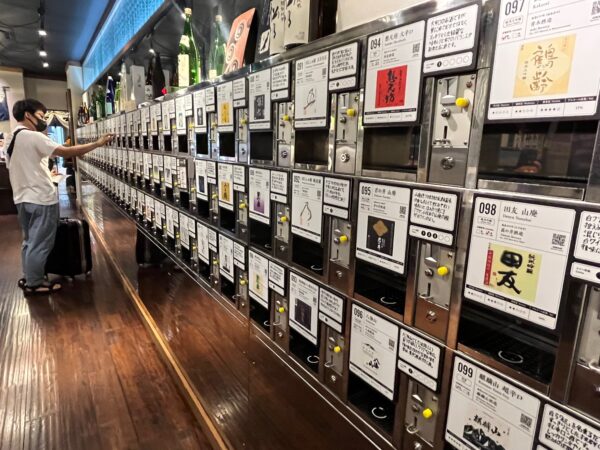 Twenty-seven years ago, when this machine appeared at Echigo-Yuzawa Station, it was groundbreaking.Local sake from all sake breweries in Niigata Prefecture1With coins, you can taste it at the touch of a button!When.More than anything else, she remembers being reminded of how many sake breweries there are in Niigata.

For 500 yen5Buy a few coins and go back and forth in front of the machine while holding it.This time will be a valuable time to learn about Niigata sake. 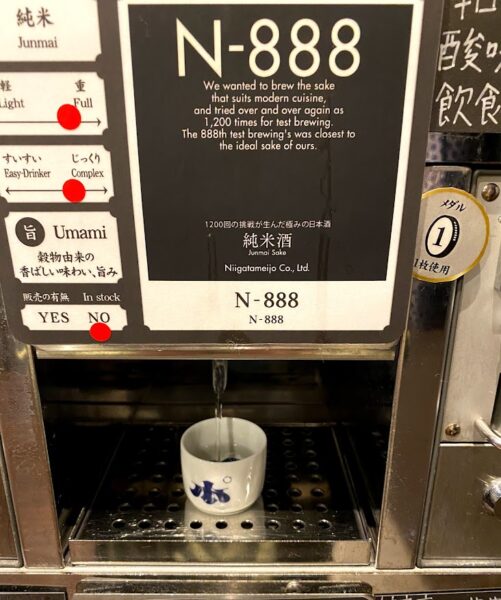 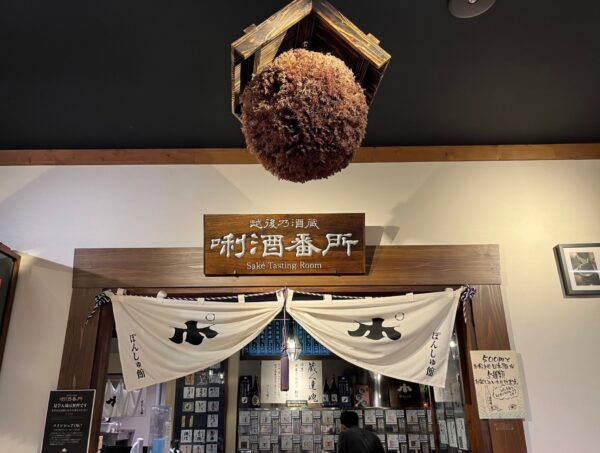 Nine years ago, the Niigata store,5A year ago, the Nagaokaeki store appeared.For acquaintances from outside the prefecture who are unfamiliar with Niigata sake, I recommend going to Ponshukan's Kikizake Bansho first. 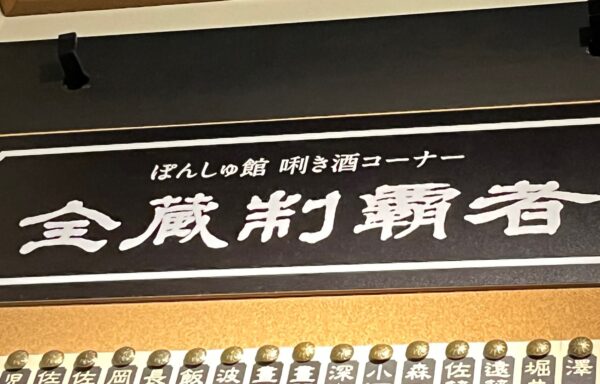 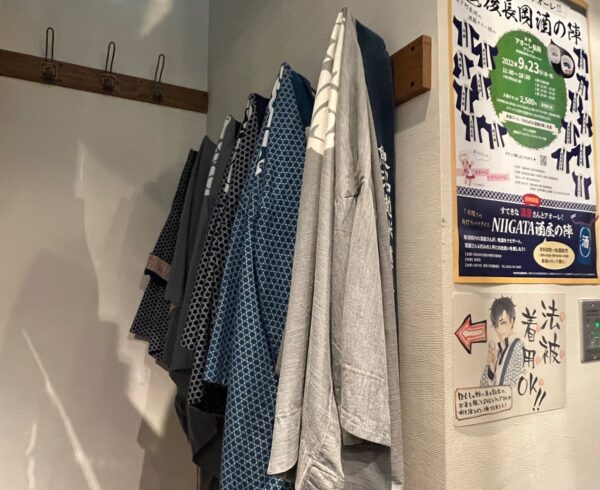 Not only can you compare sake, but you can also have a stamp card issued, and if you conquer all the breweries, your name will be posted in the museum, and you can wear a happi coat and enjoy the feeling of a sake brewery.In fact, it is full of fun elements.Let's check every nook and cranny of Kikizake Bansho.

101From the day, a new service with the theme of scent will start.I hope.

Get into adult gacha

There are places in Niigata City and Nagaoka City where you can always enjoy the local sake gacha that you can see at event venues. 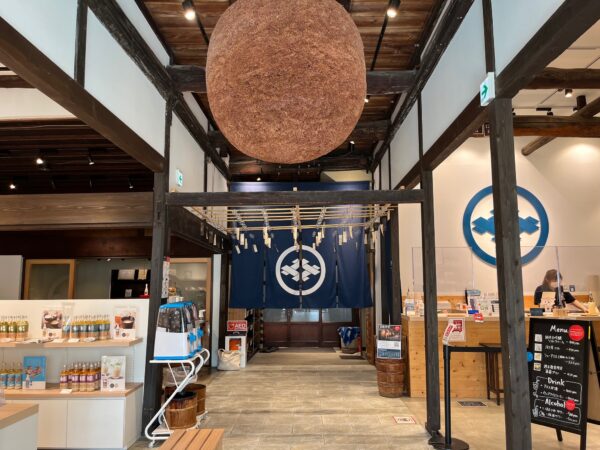 Within walking distance from Niigata Station, it is familiar as a sightseeing sake brewery where you can enjoy a sake brewery tour at any time.Imayo Tsukasa Sake Brewery Co., Ltd.."Local sake gacha" is enshrined in one corner of the shop. 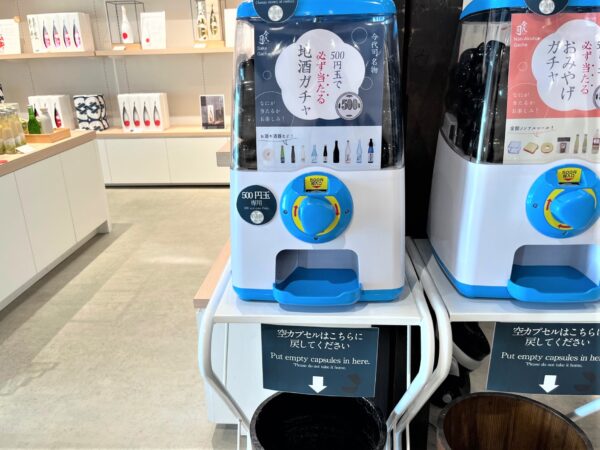 Insert 500 yen and a coin will come out.From XNUMXst prize with this color difference5etc.how1Etc. is a four bottled sake!Currently, you can get "Izayoi" only in autumn. 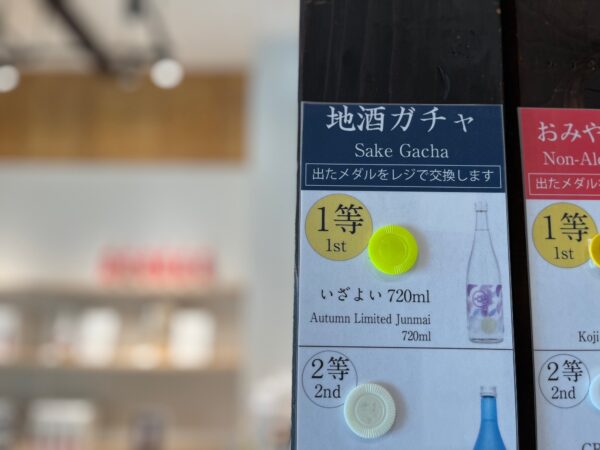 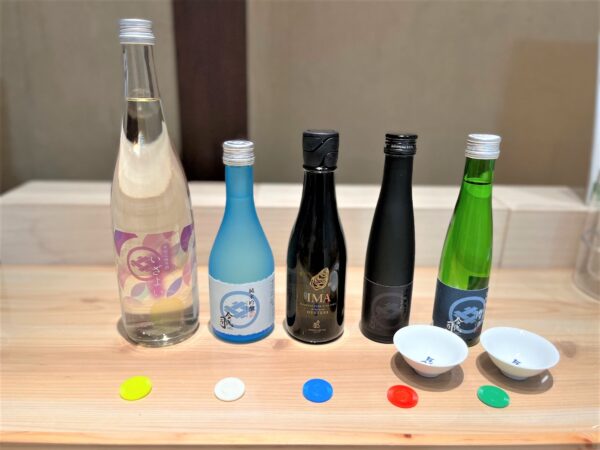 here is the current1Etc.5etc.4etc,5Etc.1combination (180 ml) You can get a bottle of sake and an original flat cup set, so it's a great deal.Good as a souvenir from Niigata.

Then the special "1000Yen gacha” also appeared!The local sake "Nishikigoi", which is beautiful like a work of art, is also included in the prizes.Let's challenge all-you-can-pack sake lees. 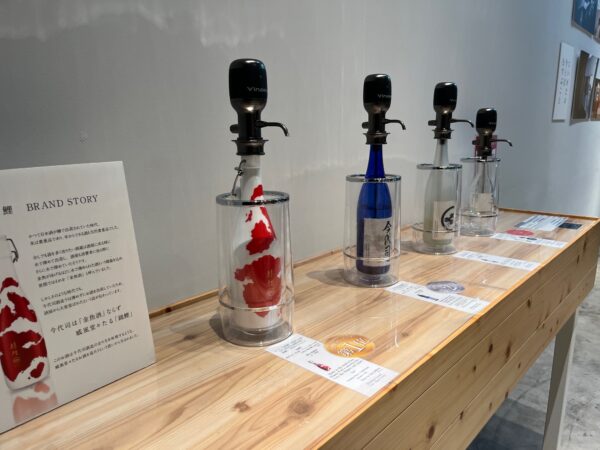 The place where you can enjoy Niigata sake gacha in Nagaoka city is brewery town Settaya7Located on the premises of the Eguchi Dango Settaya store that opened in the monthLIS(Squirre)Settaya. 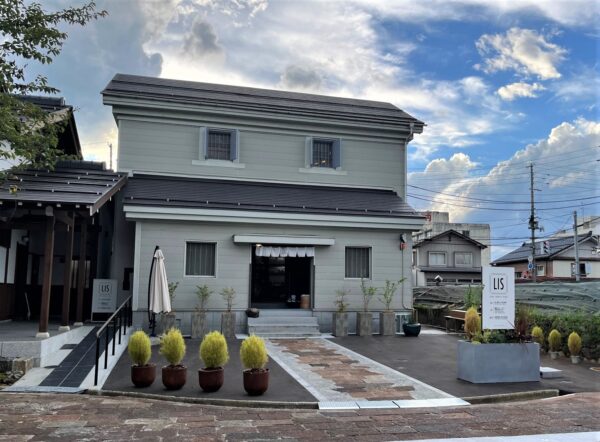 RunFARM8I do not know the brand every month3Types of Niigata Sake arrive in the mailSAKE POST'You can get alcohol from Gacha. 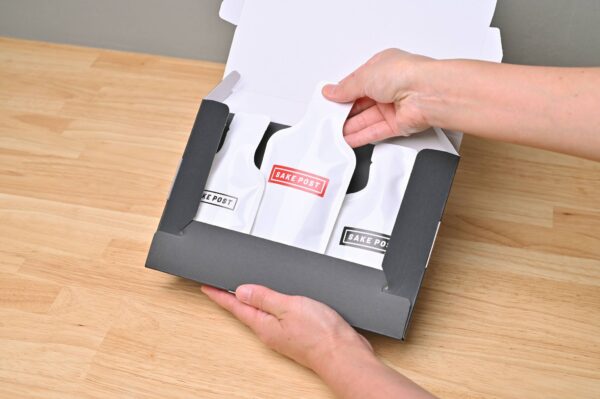 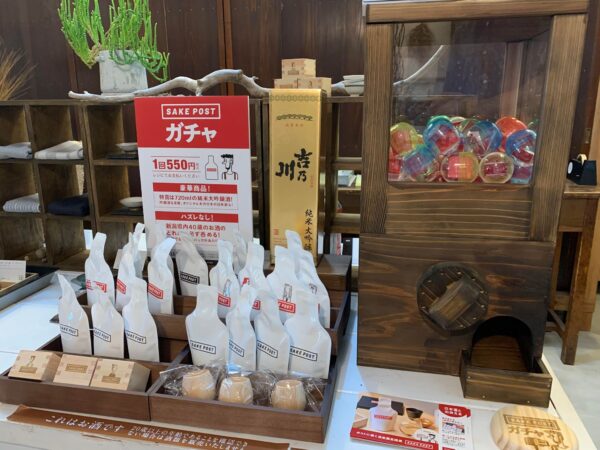 "SAKE POSTGacha1Times550Circle.I don't know what kind of alcohol was served, butQRWhen you scan the code, product information will appear.You can also learn about sake breweries from there.If you become a member, you will be happy to exchange opinions with the brewery online. 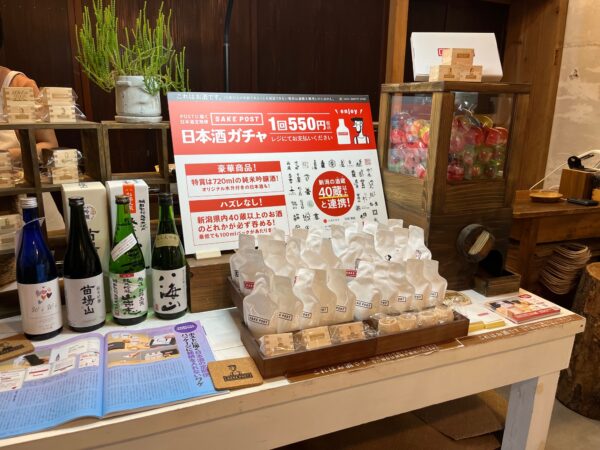 90Min1With a probability of , there is also a chance to win a sake bottle.Let's challenge.

This gacha will be held at the same time as "Echigo Nagaoka Sake no Jin" at the Aore Nagaoka arena on September 9 (Friday / holiday).NIIGATA Liquor Store TeamIt will also appear in the corner.

After enjoying the gacha, you can enjoy dumplings and tea at Eguchi Dango next door while looking out at the beautiful garden.

Settaya has miso and soy sauce breweries,Hasegawa Shuzo Co., Ltd.とYoshinogawa, there are two sake breweries. Within the Yoshinogawa premisesYoshinogawa Sake Museum Breweryhas a corner where everyone from children to adults can play with sake as if it were a game. 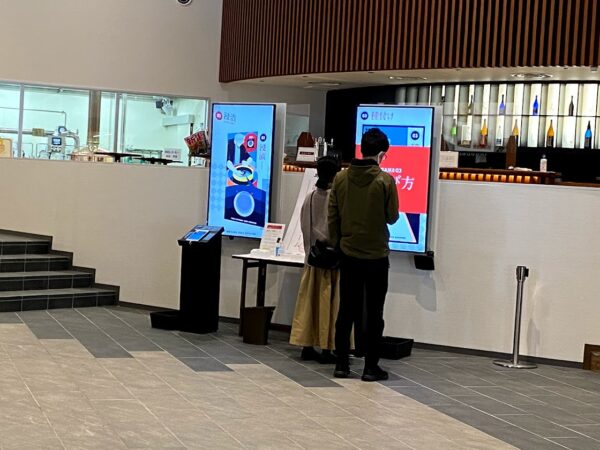 Digital signage shows the process of sake brewing, and you can use a tablet to simulate each process, from washing sake rice to steaming, seeding, and squeezing.It's nice to be able to play for free. 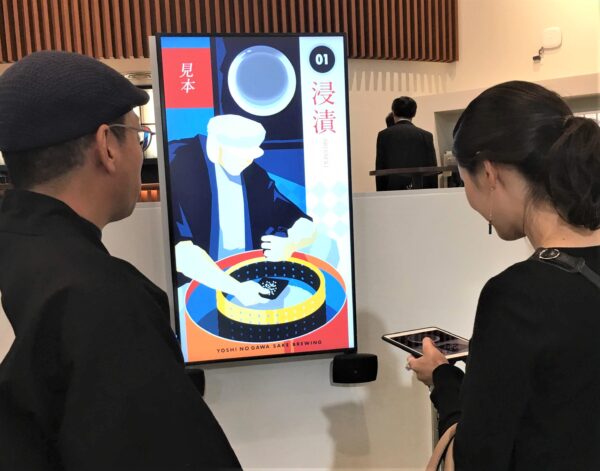 When finished to the end,5Grading into ranks.1The rank is toji,2The head (kashira) that binds the brewers together,3The rank is an official,4The rank is the brewer, and5The rank is running.He has tried several times so far, but he has not yet reached the rank of toji. 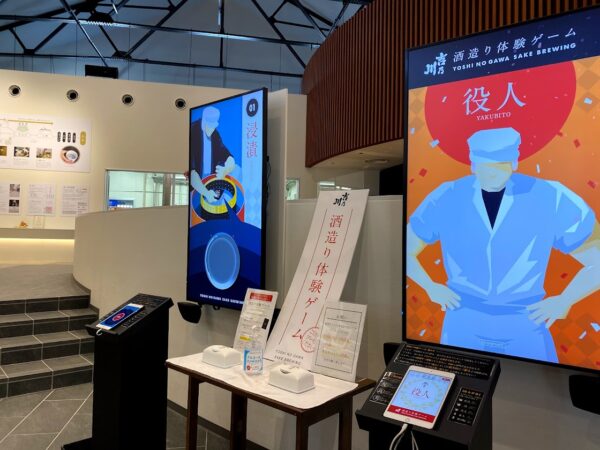 I hope I can become a toji next time.

Children will come into contact with the culture of sake, and adults who were not interested in sake will be inspired to try it.It is truly an introductory game to Japanese sake.

The harvest of new rice has begun, and the season when new sake Shikomi begins in earnest.We want you to get rid of the threshold of sake in the game and enjoy this season's Niigata sake.Of course, with Niigata's colorful autumn flavors.