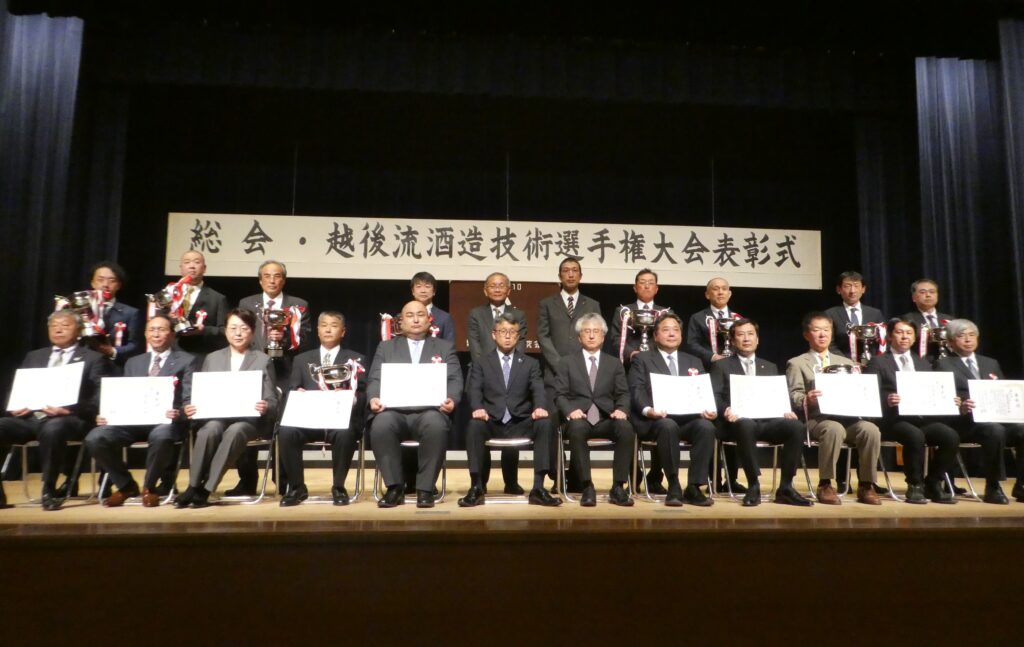 2022/5Month25"Reiwa" sponsored by the Liquor Research Institute, Japan3The prize-winning sake of the "Sake Brewing Year National New Sake Appraisal" was announced.100It is the largest competition in the sake industry with a history of more than a year.In addition, many national tax bureau-sponsored fairs and private-sector competitions are held in Japan.

Furthermore, with the increasing attention to sake, various contests are being held overseas.The contest is also an item that inspires interest in sake.Let me introduce the main ones.

For sake breweries in Niigata3Large show

The sake competition is not just a competition, it is also a valuable place for the Institute of Technology.It is said that during the period of working on the exhibited sake, there is a special feeling of tension in the brewery, and the concentration of the brewers is further enhanced.

There are three fairs that Niigata sake breweries have been particularly aware of for many years.

The first is about the announcement of the winning sake of the National New Sake Appraisal this year.1Months ago4Month26It is the "Echigo style sake brewing technology championship" where the award ceremony was held on the day.

The purpose of this competition, sponsored by the Niigata Sake Brewers Association and the Niigata Prefecture Sake Brewing Technology Study Group, is to improve the technology of high-class sake brewing.For that purpose, we bring our own Ginjoshu and compete for the quality of sake.

It is worth noting that sake breweries, such as Nagano and Aichi prefectures, where the Echigo Toji group used to be brewers as migrant workers, can also participate.and,1From the rank (Niigata Governor's Award)10Up to the rank is to be commended. 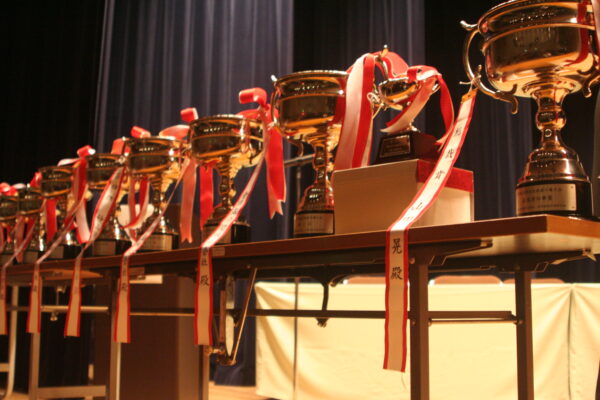 The first of this show1The times were held1968(Showa43)Year.Organized by the former Niigata Prefecture Sake Brewing Employees' Union Federation (currently the Niigata Sake Brewing Technology Study Group) to which Toji and his colleagues belong.Since Toji, who belongs to this association, is eligible to participate, the fact that Toji, who had been migrant workers all over the country, also participated, is still participating in sake breweries outside the prefecture.Formerly, for Echigo Toji, the number of Echigo Toji who is active all over the country1It was also recognized as a fair to decide.

It became the current name due to organizational restructuring from 2011, but it is still10The system for determining the rank remains unchanged. 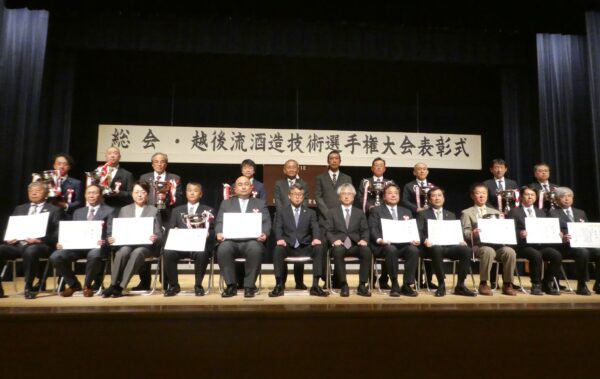 The second is the "National New Sake Appraisal", the only national competition sponsored by the government.1911(Meiji44) Year1It boasts a history of being held once.

The target is Ginjoshu's undiluted sake, and after a preliminary hearing and a conclusion, a prize is won, and a gold prize is decided from among the prize-winning sake.

Sake brewery in Niigata Prefecture won a prize26Point, of which the gold medal12It was a point.

By the way, the one with the most gold prizes this time was in Fukushima prefecture.17It was (the prize was32).

this year3For the first time in a year6Month17-18At the "Sake Fair" held at the Tokyo International Forum on the same day, about the gold medal sake230The "National New Sake Appraisal Public Tasting Party" will be held where you can make pointed sake.Unfortunately, the application for participation is5Month31The deadline is the day, so if you missed it, join us next year or later. 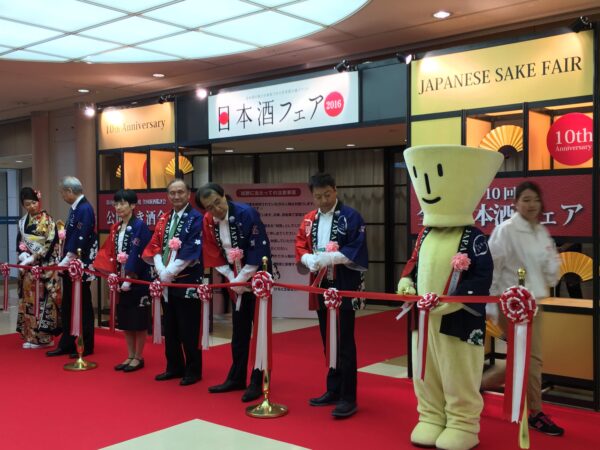 The opening of the sake fair held in 2016 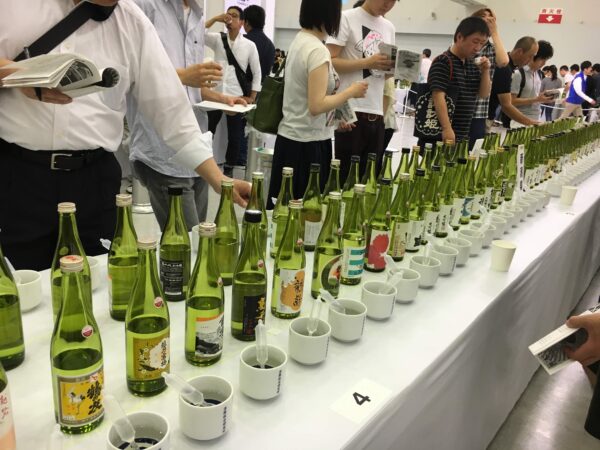 A state of the public cocktail party in 2016.Winning sake is lined up in each region

The third is the "Kanto Shinetsu National Taxation Bureau Liquor Appraisal Committee," which is held every fall to evaluate the maturity of sake.It is held for the purpose of improving the quality of alcoholic beverages brewed within the jurisdiction of the Kanto Shinetsu National Taxation Bureau (Ibaraki, Tochigi, Gunma, Saitama, Niigata, Nagano).2021In the fall of the year92I counted the times.Currently "Ginjoshu" "Junmai Ginjoshu" "Junmaishu"3The highest award, special award, and excellence award are decided in each category. 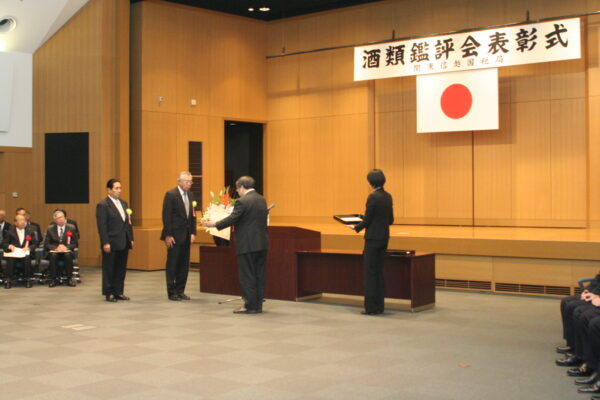 There are still more domestic competitions

There are various domestic competitions organized by the private sector.

In 3 month2022The result of the year was announced "Delicious sake award in a wine glassIs a style that you can enjoy with a wine glass, which is common overseas, with the aim of bringing out the new charm of sake.5Determine the highest gold award and gold award in the category.

2022 will be the highest gold medal in Niigata prefecture7Kura wins the gold medal21The warehouse was chosen.

The competition that is unique to sake is "National sake contest". 20218The examination was conducted in the month.

21 will be the highest gold medal in Niigata prefecture4Kura, for the gold medal17The warehouse was chosen.

Unfortunately, due to the effects of the new coronavirus infection,2019From the year22It has been canceled until the year.I hope it will resume next year.

Every year since 19844What is being held in London, England in March is "International Wine Challenge (IWC）'

Newly established in 2007SAKEIn the department9There are genres, and gold, silver, bronze medals, and tournament recommendations are selected for each.Furthermore, the "trophy" of each category is selected from the gold medals, and the "champion salmon" is decided from the trophy-winning sake.In the past, at a sake brewery in Niigata prefecture, Watanabe Shuzoten (Itoigawa City)'s "Nechi 2010" won the champion salmon in 2008.

2022/4Month24From day27As a result of the judging committee held in London on the same day, many sake breweries in Niigata Prefecture also won prizes.Among them, he won a gold medal in two categories.

This year's champion salmon will be announced on July 7.

In the same London, it can be said that it is the forerunner of the sake competition in Europe.London Sake ChallengeIs the Sake Sommelier Association (SSA) Is held by.It is characteristic that there is also a review of labels and packages.

in America2001It has been held since the year "US Sake Appraisal. "

Event is also held.2022The year6In Honolulu on the moon8It will be held in New York in March.

With the increasing demand for Japanese food and sake overseas, new competitions have been born in Europe and other Asian countries.I would like to pay attention to overseas contests as well as to know the overseas situation of Niigata Sake.