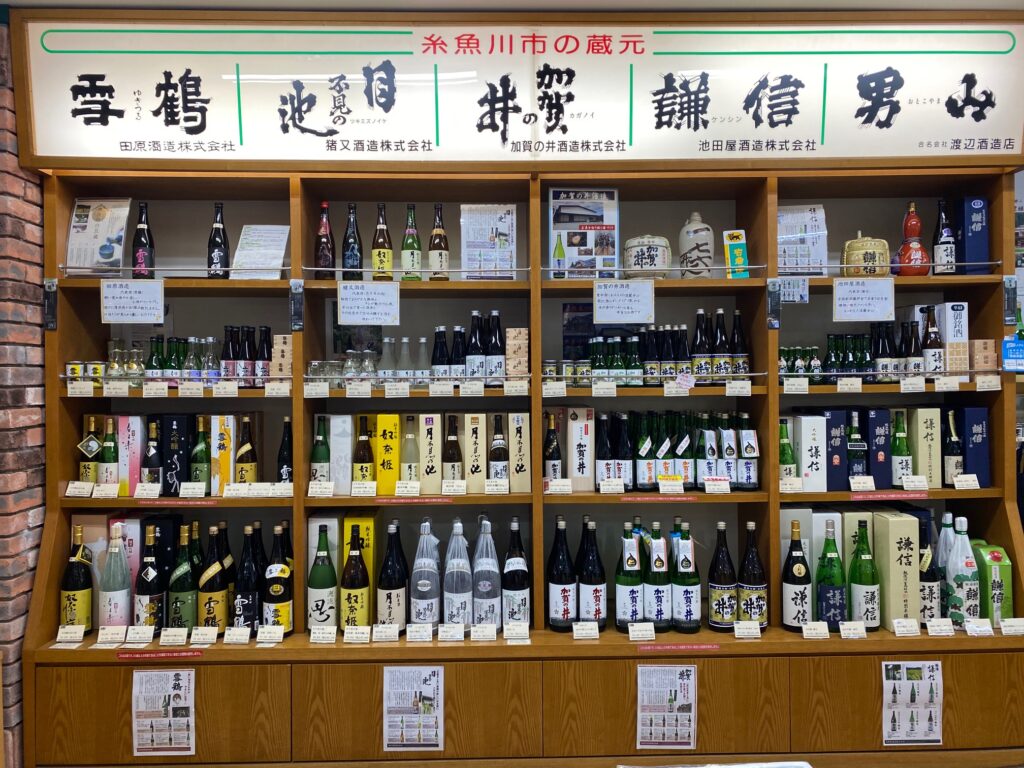 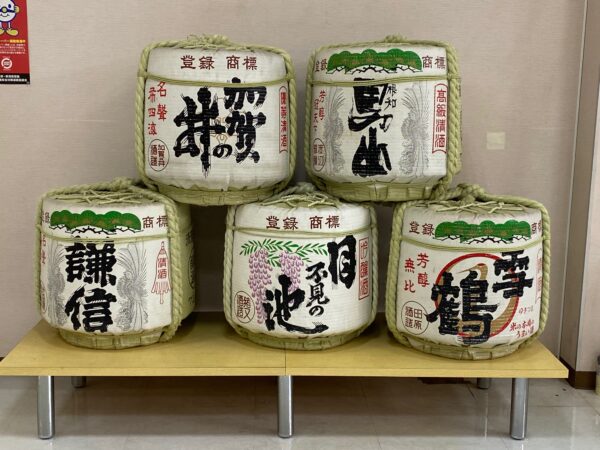 There are five sake breweries in Itoigawa City, which is adjacent to Toyama Prefecture at the western end of the prefecture.

Trains are recommended for sake trips, but cars are convenient for tours of sake breweries and shopping for sake.What kind of technique is tasting only yourself with a driver?There is also.

Get off at Itoigawa Station, where the JR West Hokuriku Shinkansen, Oito Line, and Echigo Tokimeki Railway's Nihonkai-Hisui Line run, and head to the sea side where Kaganoi Sake Inc. and Ikedaya Sake Brewery Co., Ltd. are located. 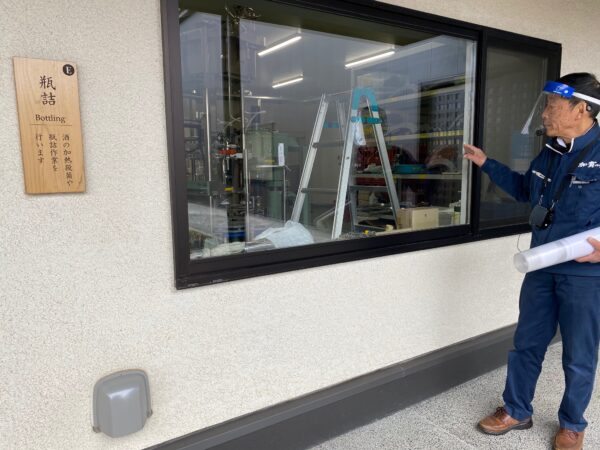 2016 12Overcame the great fire of the moon and revivedKaganoi Sake Inc.Then, you can observe the work in the new sake brewery through the glass.If you would like guidance and tasting by the staff2Make a reservation at least one day in advance.

In front of Kaganoi Sake Inc.20Station North Square opened in XNUMXKitareThere is a weekend market and various events are held.

In the exhibition hall, photographs of the Great Fire of Itoigawa and the fire extinguishing equipment used are displayed, making it a space where the records of the great fire can be handed down. 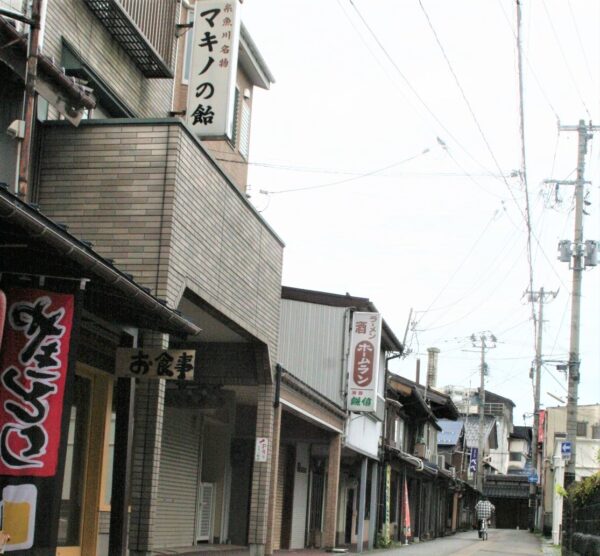 Walk along the streets of the old Gangi, where the manufacturer of Itoigawa's specialty "Makino Candy" is located, to Ikedaya Sake Brewery Co., Ltd. About walking from Kaganoi Sake Inc.5Minute. 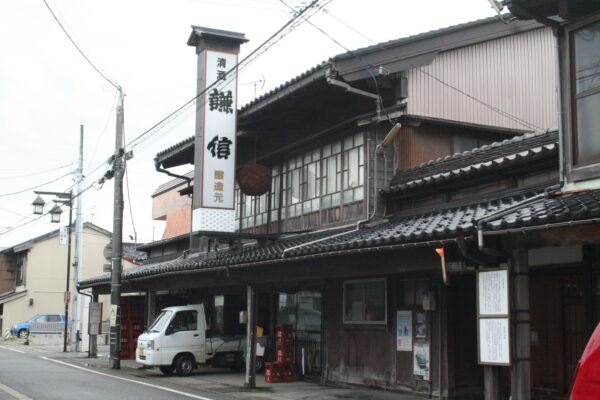 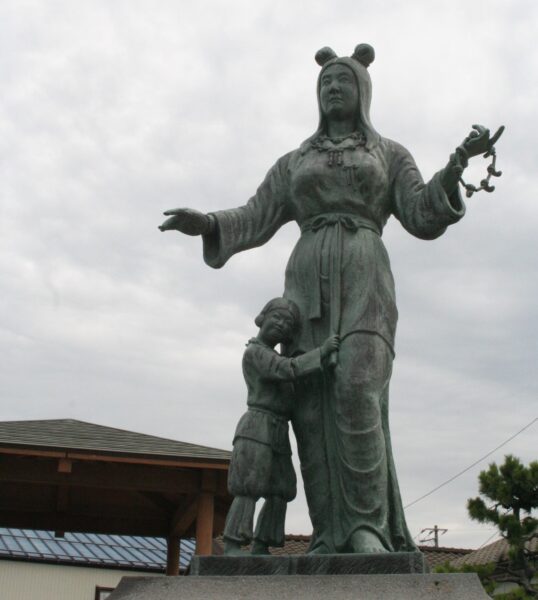 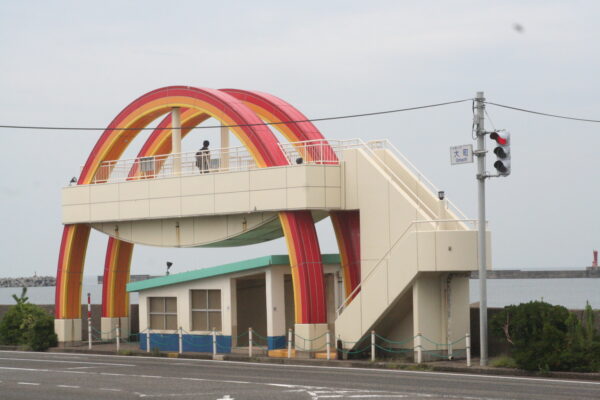 After visiting Kaibo Park in front of the station and the Japan Sea Observatory, head back to Itoigawa Station. 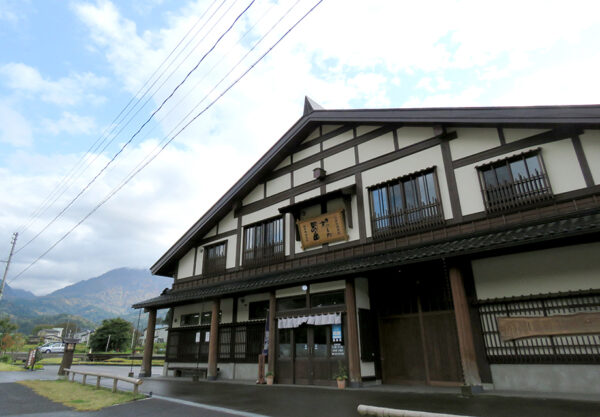 Sugi is cut out from the surrounding forests owned by the company, and the Toyojo brewery made by local craftsmen sells various "Nechi Otokoyama" and special products of Itoigawa.2There is also a tasting space on the floor where you can tour the building. 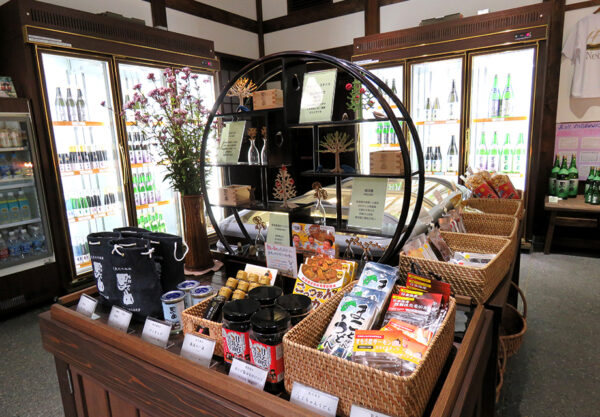 The Nechi River, which flows from Mt. Amakazari and Kubikikomagadake, flows through the middle of the rice fields owned by the brewery, and Fossa Magna Park is across the Nechi River from the sake brewery. The fact that the Itoigawa-Shizuoka Tectonic Line runs on the premises of Watanabe Shuzoten is11It was also introduced in the TV program "Bura Tamori" in late March.

It is a valuable place to enjoy the sake brewery and Fossa Magna as a set.

When you return to Itoigawa Station, let's go to Toyama and go to Oyashirazu. 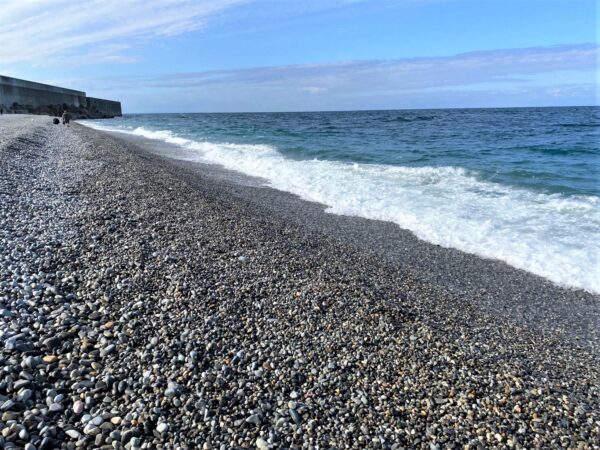 Roadside station Chiranushi Pier ParkIt's fun to find jade on the jade coast in front of you. 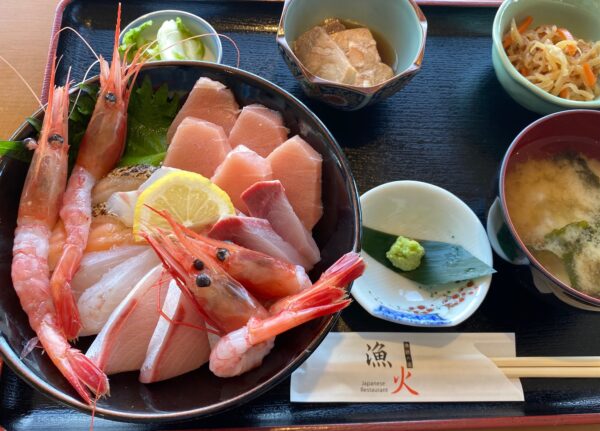 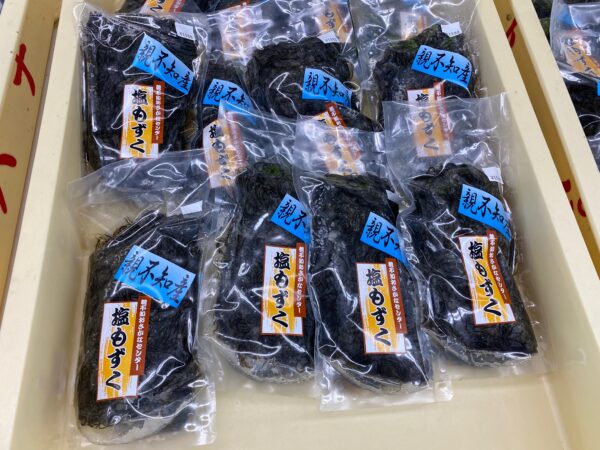 There are plenty of restaurants and shops in the facility.Locally produced seafood and seaweed,11From the end of the month12Aramaki salmon from Oyashirazu will also be on sale in the month. 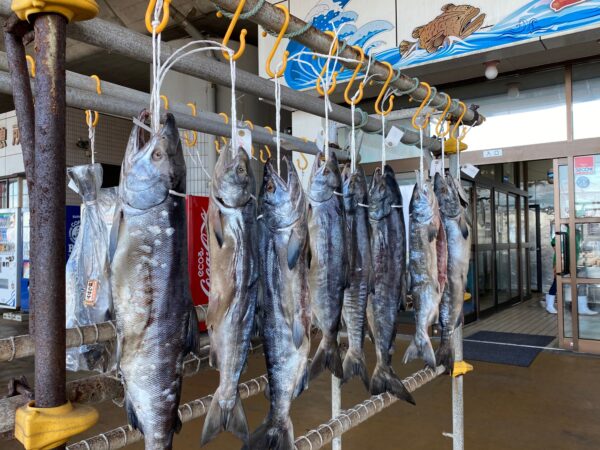 2021 12Month1From day22Years3Month31Until the day, the "Anko Fair" will be held, and you can enjoy Anko Nabe and Anko dishes at hotels and restaurants in Itoigawa City. 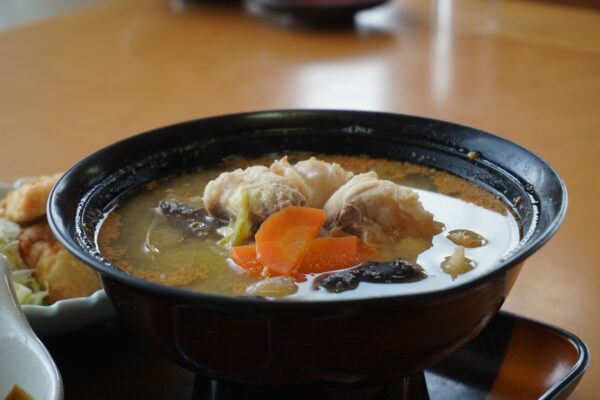 ※The photograph is an image

After enjoying Oyashirazu, return to Itoigawa Station and head to Tahara Shuzo Co., Ltd., which is located east of the city. 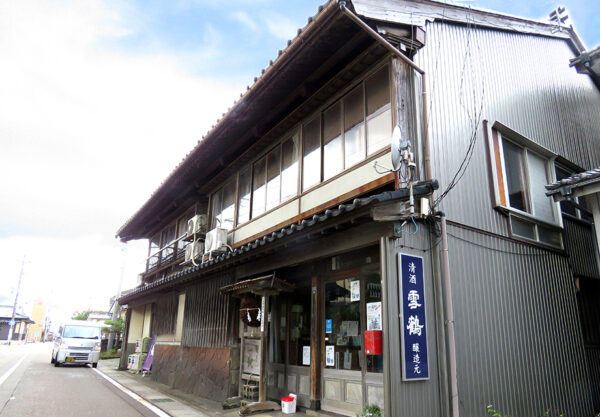 The famous water "Ichino no Mizu" that springs at the foot of Mt. Kubikikomagadake is used for Shikomi water. 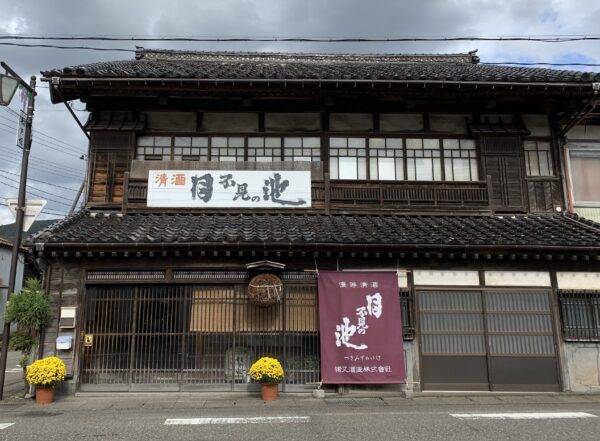 The last is in the Hayakawa valley where the Hayakawa, which originates from Yakeyama, flows.Inomata Sake Brewery Co., Ltd.What.

Tsukimizunoike, which is also a representative brand, is about a car from the warehouse.5It is a famous place for wisteria on the way to Branch Yamate, and it is said that it came to be called by this name because the wisteria flowers hide the moon.

Inomata Sake Brewery Co., Ltd. does not visit the sake brewery, but can purchase it.

If you go to Inomata Sake Brewery Co., Ltd., there is a spot you should definitely visit. 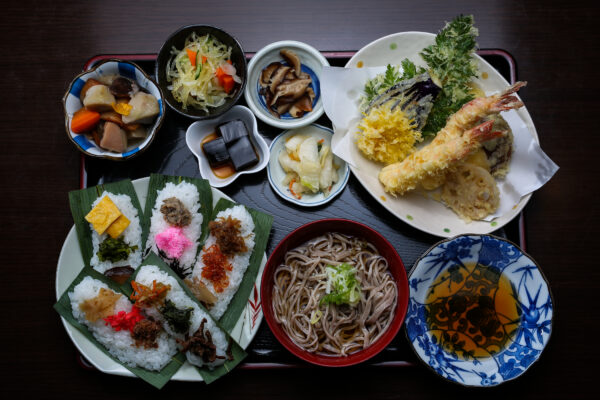 ※The photograph is an image

We offer a menu of local dishes such as Sasazushi, Soba, and Yamanoko made by local mothers.When you go on a trip, you want to eat something that is unique to that area!Those who say should be very satisfied. 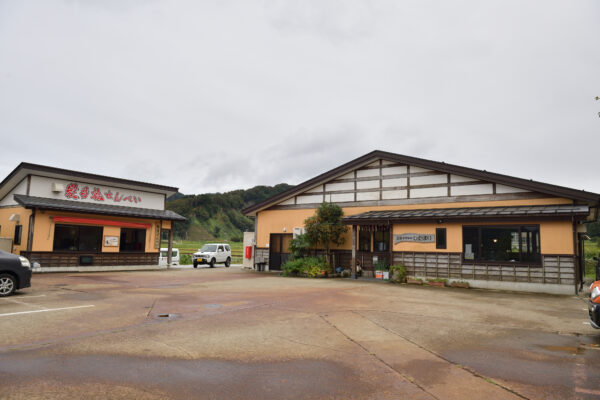 Next toAguri NoseiThere is a charcoal hand-baked senbei workshop that is handled by the company, and it manufactures and sells authentic senbei that are hand-baked over charcoal by carefully drying the dough made from Koshihikari Nou rice grown in Itoigawa.

In order to liven up the five breweries in Itoigawa, local breweries, sake stores, restaurants, and general volunteersItoigawa Gojo no KaiHas been launched and various transmissions have been made.

Before the Corona disaster, many events were held, but this year, online events will be held.

October21On the day of the event, an online sake festival "Itoigawa Gojo no Kai Itoigawa Sake Brewery's charm was disseminated!" Was held, and the brewers of Itoigawa talked with each other.

As a shop where you can find 5 breweries of sake, you can find the "Jade Kingdom Hall" directly connected to Itoigawa Station.Itoigawa City Tourist Product CenterThere is. 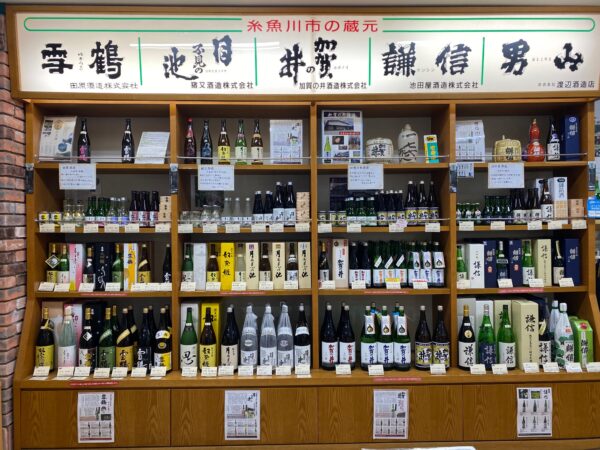 Purchase it with Itoigawa's special products such as kamaboko and seaweed, and enjoy it in the evening drink.