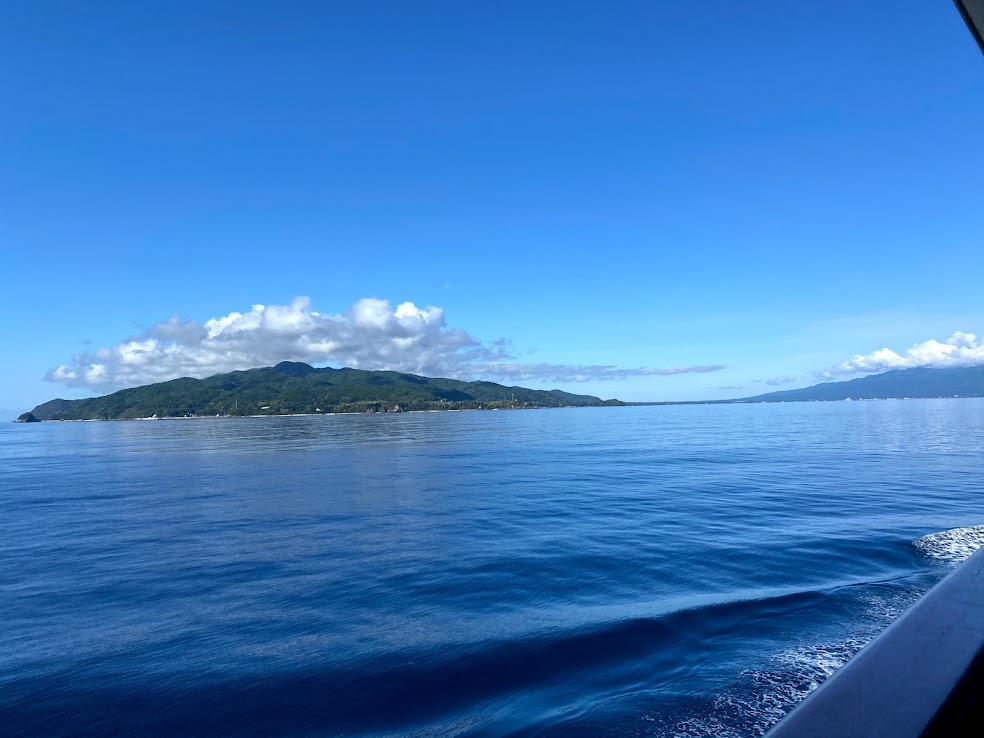 Approximately by car ferry from Niigata Port to Ryotsu Port, the gateway to Sado2Time30Minutes.About Jetfoil1In time, we will arrive at Sado, the largest island on the Sea of ​​Japan side. 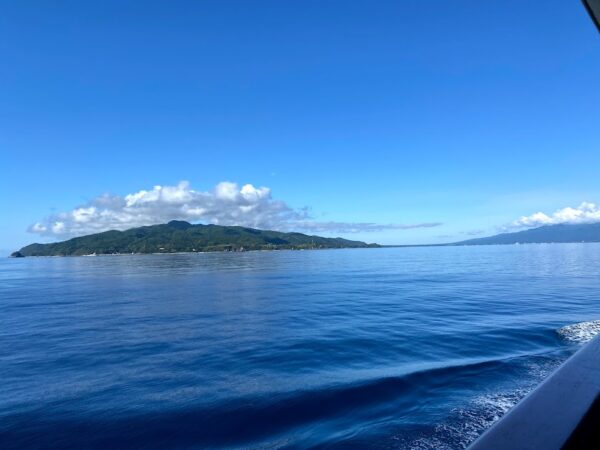 approx 280㎞ Coastline, Tokyo23About ward and Awaji Island1.5Five sake breweries are scattered on this island, which has twice the area. The word "spotted" is so perfect that even though they are on the same island, they produce unique local sake that is close to the history and climate of each region.(maybe)Has been done. While visiting the land with five sake breweries, we will introduce a trip to experience the various attractions of Sado, such as nature, history, and culture.

Access to Sado Island is convenient by car or rental car, but it is also good to use the main bus routes "Main Line" and "South Line" that run on the Kuninaka Plain in the center of the island.On the Niigata Kotsu Sado Bus1Day~3We also sell unlimited ride passes for the day, so check it out. 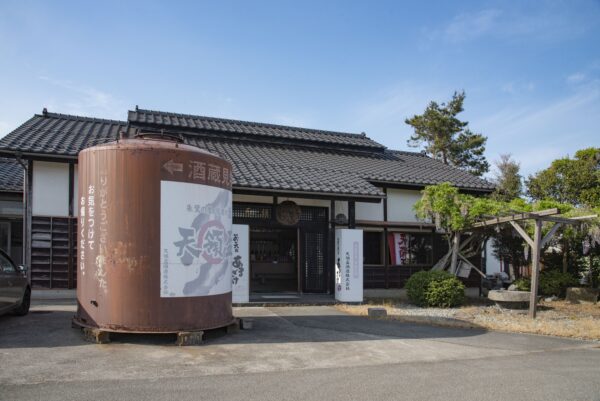 Along with the representative brand "Tenryohai", new brands such as "Utashiro" are also popular, and young managers and staff are challenging the new taste of Niigata sake.

There is no store on the island that sells "Gagakuyo", and it is sold only at the sake brewery store. 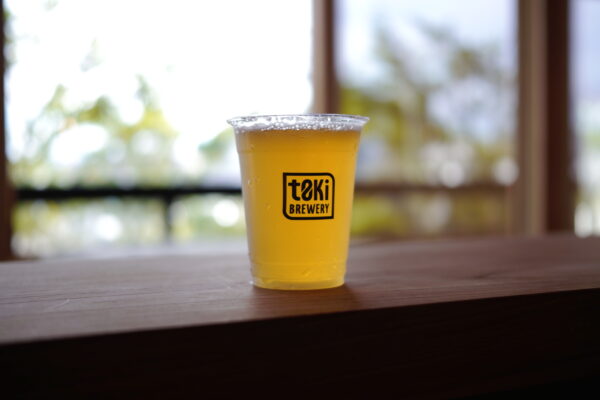 Mr. Takahiro Fujiwara, who was fascinated by the culture of craft beer overseas(CEO of Beer Pint)Moved to Sado to take root in the culture and opened a brewery.Currently, you can enjoy craft beer ordered from all over the country and pairing with them.5Offering different kinds of nuts.There are also craft drinks such as cola and cider, so drivers can also enjoy it.It is also attractive that the product lineup changes every week. 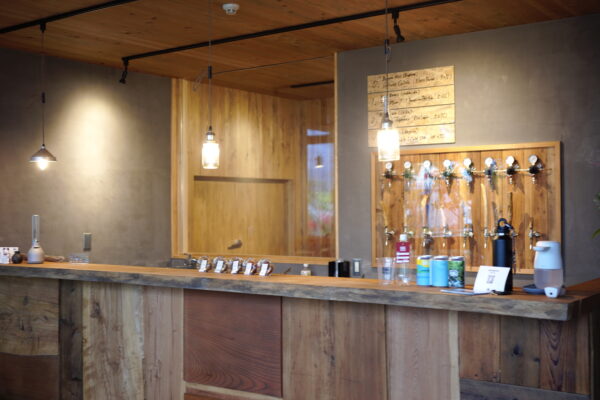 The brewery is being prepared with the goal of the end of the year, and the recipe will be changed for each Shikomi without creating a fixed taste, and it is planned to provide craft beer that can be drunk to that toki.

I would like to pay attention to craft beer as well as local sake.

Near Tenryohai Sake Brewery Co., Ltd. is Lake Kamo, where oysters are cultivated in the winter season.

In "Akitsu Maru"12From the moon5We are planning to hold an oyster samadhi tour where you can eat up oysters such as shabu-shabu and deep-fried oysters in the month (reservation required).Facebook"Akitsu Maru" 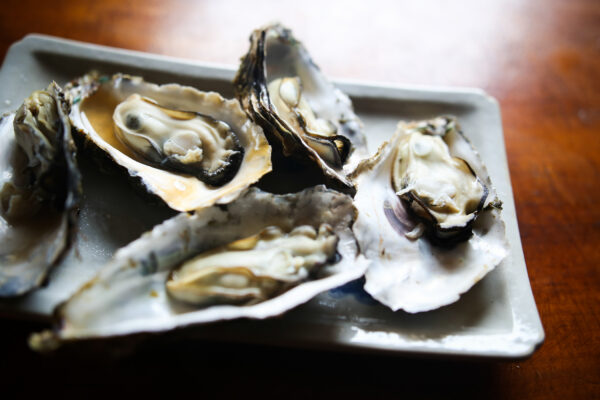 In the Kanai district, which is located almost in the center of Sado, the Taisho era4year(1915) FoundedKato Shuzoten Co., Ltd.There is a manufacturing warehouse of.

The representative brand is "Kinzuru".In search of good water, Heisei5year(1993) Moved the manufacturing warehouse to this place. 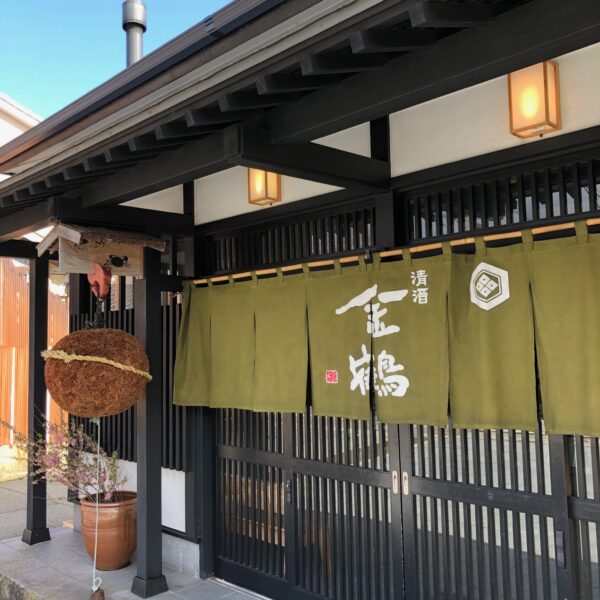 You cannot tour the brewery, but you can buy local sake at the main store along the Sawane Highway leading to Sado Kinzan.

Along the Sawane Highway, "Sawane Dango, which is said to have originated in the Edo period, is sold.Shimaya, "Suda Kasuke Shoten", a delicacy of Sado, pickled in kasuzuke of blowfish, and "Igoneri (a local dish using igoneri)"SayasukeyaI would like to visit because there are such things as. 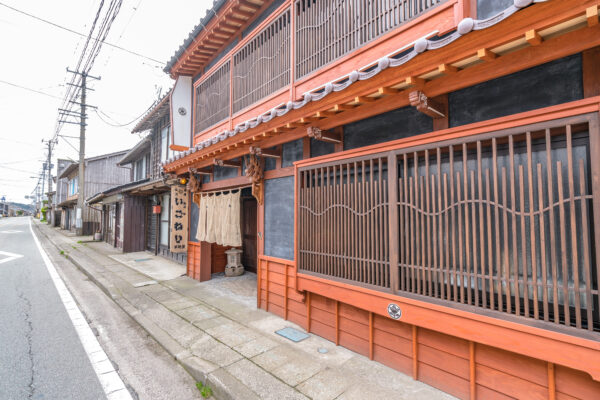 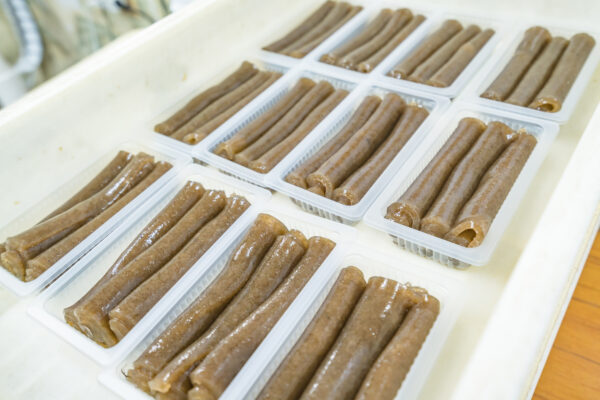 There are currently two sake breweries in the former Mano Town, which is also known as the historic site, the oldest open area on the island. 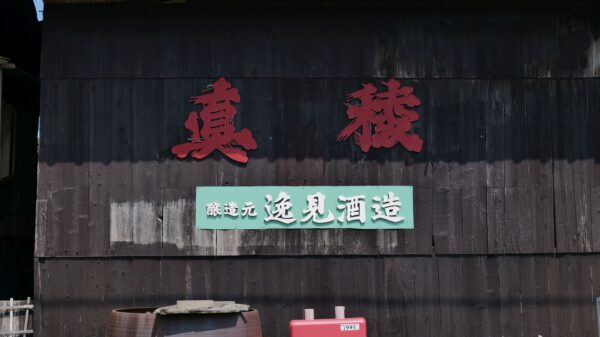 Along with the representative brand "Shinryo", "To" has fans all over the country triggered by the TV program.(Everywhere)It is also known as the brand.

Due to the influence of the shell layer deposited underground, sake is brewed using medium hard water instead of soft water, which is rare in Niigata prefecture.Sake brewery tour is possible (reservation required).

In the Yahata area, which is located across the Kokufu River from Henmi Shuzo Co., Ltd., traditional vegetables, Yawata potatoes, are cultivated using sand.local"Yawata Ginkgo AssociationIs playing a central role in reviving traditional vegetables with local elementary schools and students on the island. 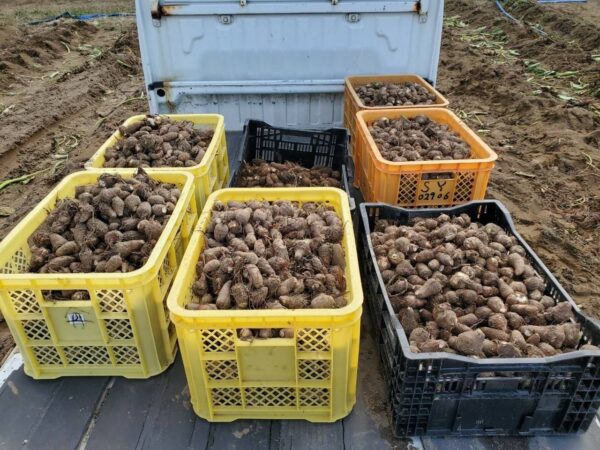 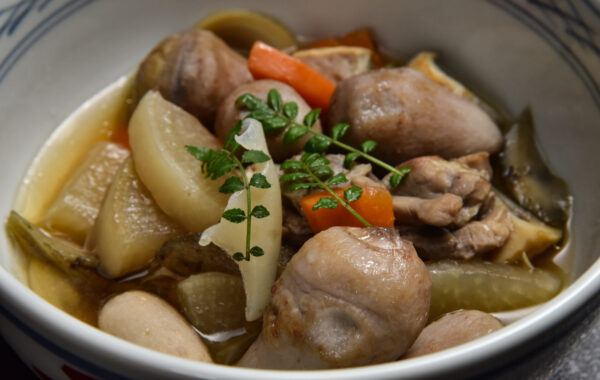 Shumai and Gyoza are hotel shops andONLINE SHOPBut you can buy it. 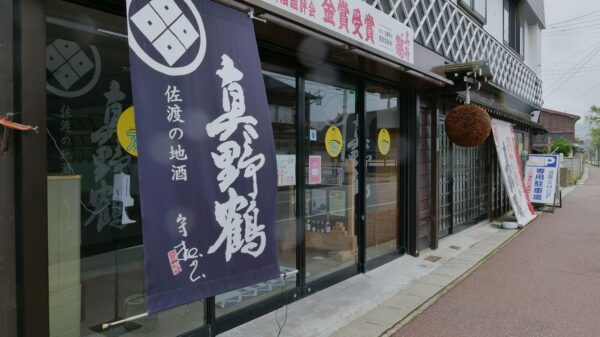 Another sake brewery in the Mano area is the Meiji era25year(1892) FoundedObata Shuzo Co., Ltd..

You can tour the sake brewery without making a reservation at the main storehouse (reservation required for buses), and you can also enjoy paid tastings using the sake server. 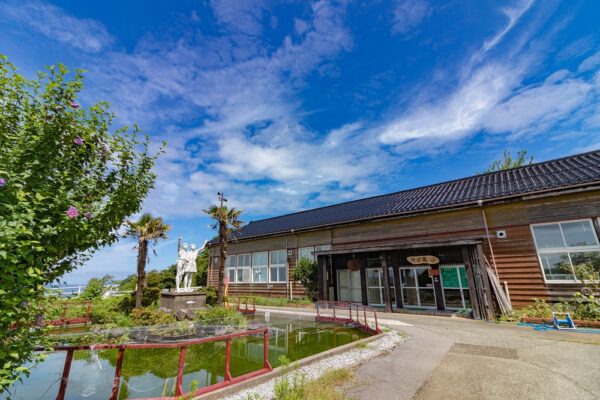 At Obata Shuzo Co., Ltd., drive from Honzo to Ogi20There is a "school brewery" that recreates the former Mikawa Elementary School as a brewery, and accepts summer brewing and brewing experiences.

Although general tours are not possible, it is planned to carry out programs that can be participated in the general public, such as the Ki Kishu experience program.Let's expect. 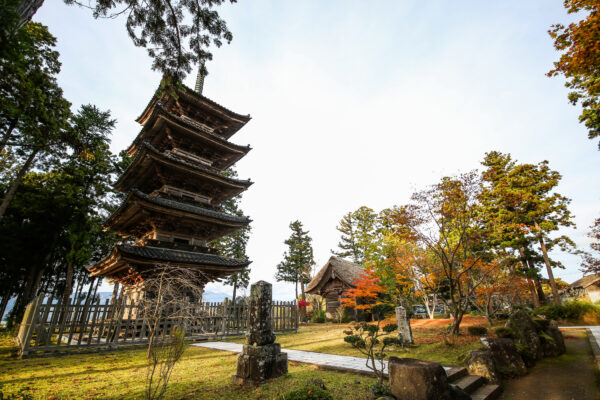 There are many historical spots around the main storehouse of Obata Shuzo Co., Ltd., such as Myosen-ji Temple, which has the only five-storied pagoda in the prefecture, and Daizen Shrine, which has a Noh stage. 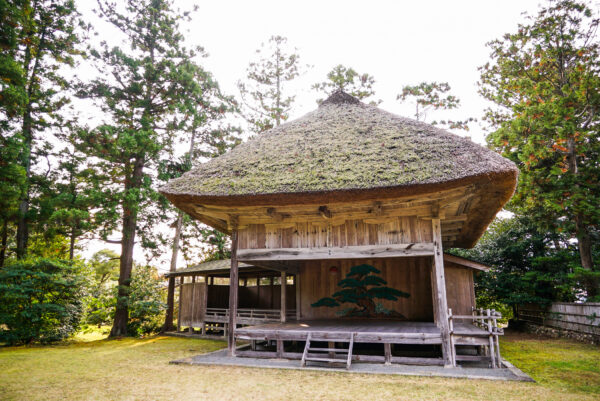 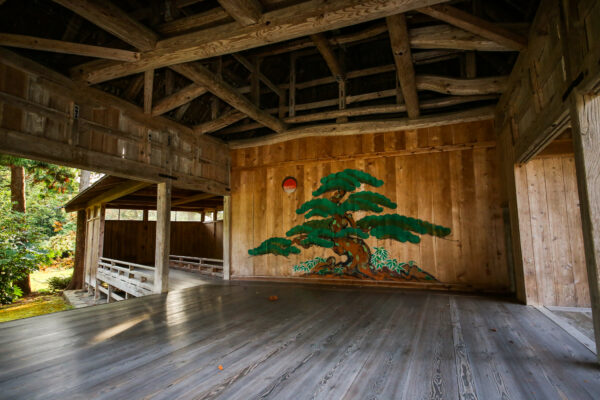 The number of restaurants of various genres started by immigrants is increasing, so I would like to enjoy it as a set. 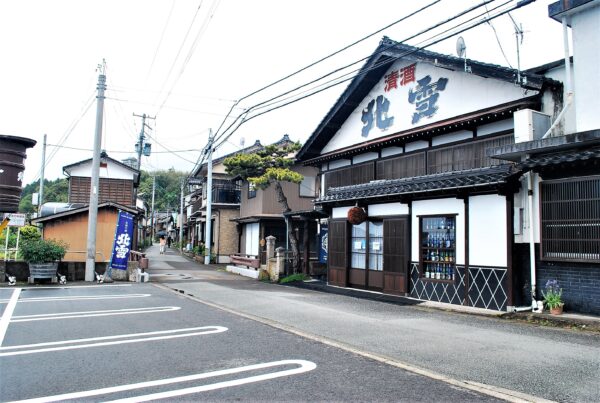 The fifth sake brewery, which will be the last, is in Akadomari, which faces the mainland Teradomari across the sea, southeast of the Sado Mountains in the south, and the Meiji era.5year(1872) Founded inHokusetsu Sake Brewery Co., Ltd..

It is also attracting attention for its unique methods for making better sake, such as aging using ultrasonic vibration and squeezing using a centrifuge.Sake brewery tour is possible (reservation required).

You can also walk from the sake brewery and explore the historic port town of Akadomari.

Akadomari Port is also known for fishing for Benizuwai crab and Nanban shrimp, and is about a drive from the sake brewery.5MinYakishi Maru direct sales officeThen, the red crabs landed in the morning are boiled and sold at the adjacent factory (1-2Frozen sales during the closed season of the month). 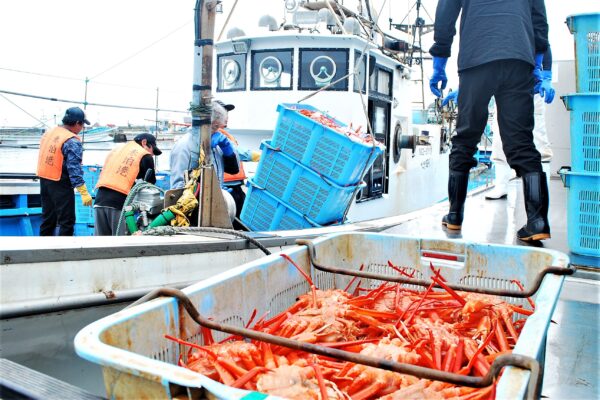 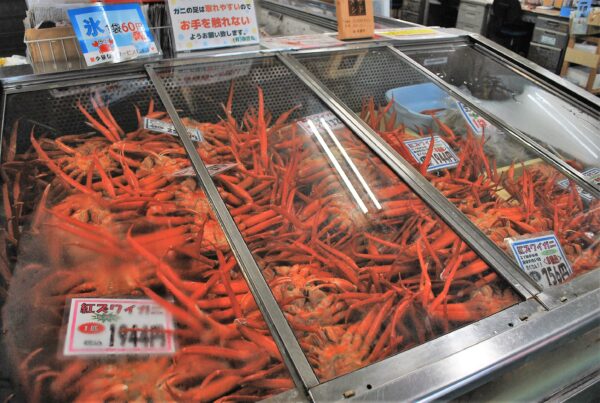 Enjoy it as a souvenir for your trip or order it.

What the five sake breweries with different climates and initiatives that we have introduced so far have in common is that they aim to brew sake that coexists with the crested ibis.Water, rice, and people.Proud and proud of the island's role as a local sake in everything1I'm brewing a book of sake.Please enjoy it with the taste of Sado's four seasons.