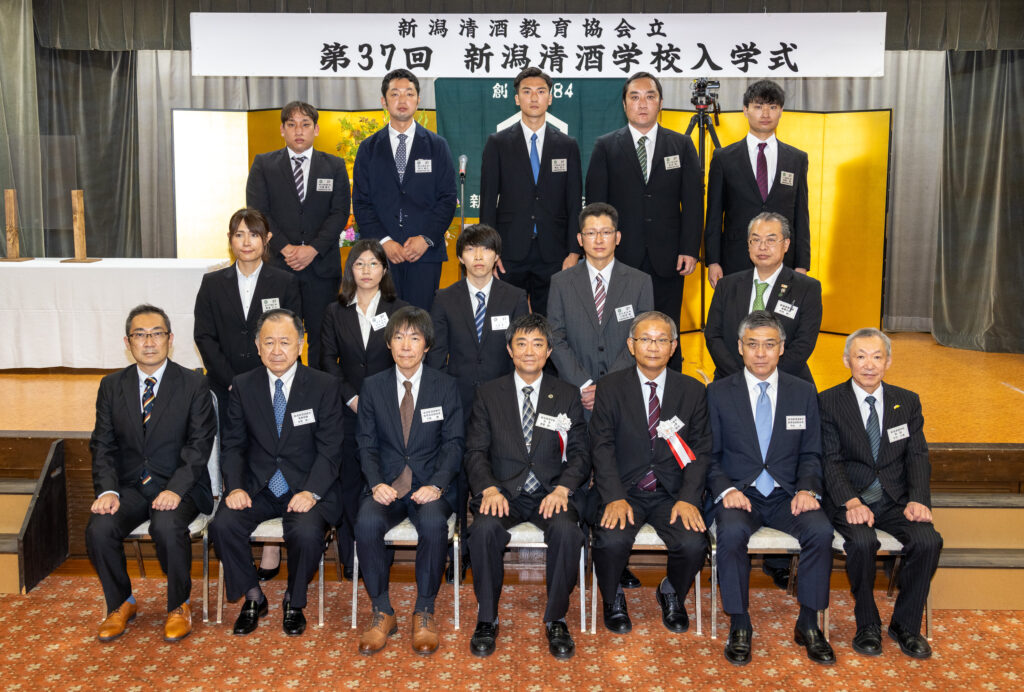 The place is "Hotel Lakeside" on the shore of Lake Toriyanogata in Niigata City.

Last year, I was closed for a year due to Corona's disaster, so2It was the first entrance ceremony in a year. 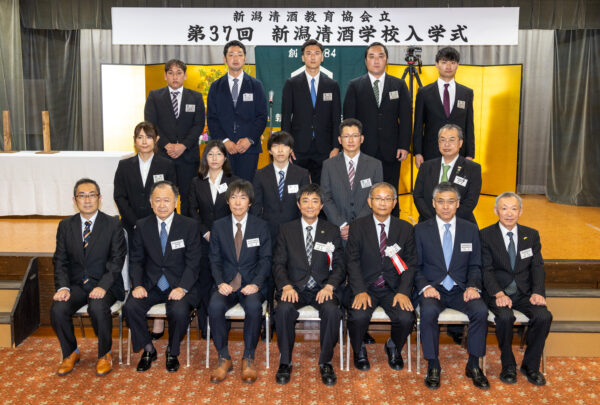 This year9Company9The name is enrolled.

Congratulations to all new students!

Here, for those who wondered "What is Niigata Sake School?", I would like to explain a little. 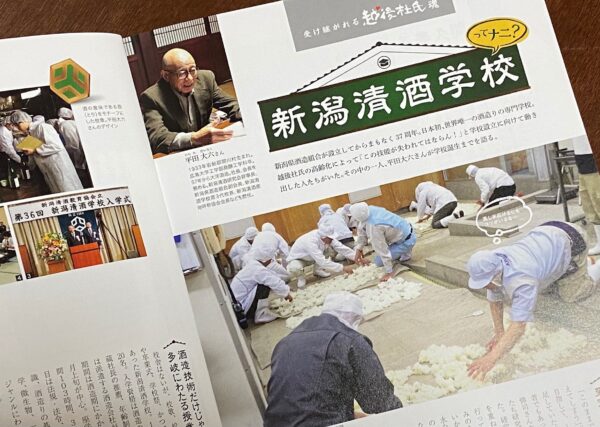 This is "From NiigataR"2021spring·15Niigata Sake School introduction page of the special issue "Echigo Toji soul inherited".

With the passage of time, migrant workers and seasonal employment by the Echigo Toji group have disappeared, and the number of Echigo Toji has decreased sharply.

"If nothing is done, Echigo Toji's skills will disappear," said the Niigata Sake Industry, which created the only educational institution in Japan with a style unique to Niigata.

Those who are eligible for admission are those who are employed by the prefecture's sake brewery all year round and have been recommended by the brewery.

Normally1school year20Although it is a well-known capacity, this year the capacity was halved as a countermeasure against the corona disaster.

Currently graduates500Beyond the name, about40Toji, a graduate of a human being, is brewing special sake in the prefecture. 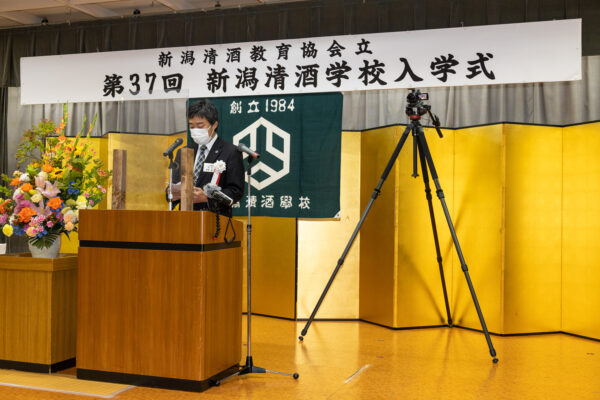 July14Kenichi Watanabe (Ishimoto Sake Brewery Co., Ltd.), the fifth principal of the school, gives a ceremony to new students at the entrance ceremony of the day.

The entrance ceremony is held in July because the brewing year, which is the brewing calendar, begins in July. 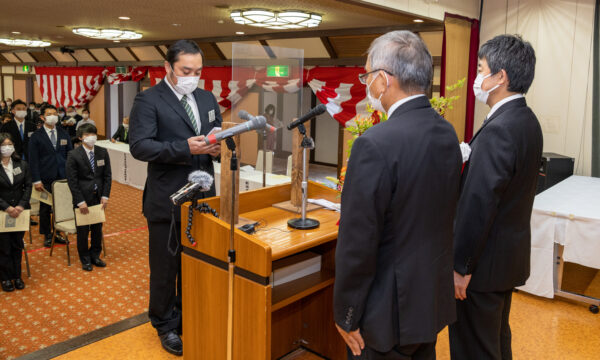 Sake school3Approximately 100 hours of lessons are held a year, mainly during the year, excluding the winter brewing period.

After the entrance ceremony, as it is before the corona disaster2Night3A day training camp lecture was held, and a special class was held by an outside lecturer together with industry personnel, but this year there is a "group class" that goes without a training camp.3It was done for a day.

I also in the year1times,2Time (this year1Time30Minutes) I am a lecturer.

It is "How to write a self-expression letter in sentences" for first graders.

As a successor to Professor Ryushi Tanizawa, who wrote the school song for Niigata Sake School2013I have been in charge since the year.

At the beginning of the class, people who wrote handwritten letters and postcards have raised their hands in the past year, but the number is decreasing year by year.

What a zero this year!

Letters and sake are the same Japanese culture.

Classes including practical training are held with the hope that they will be an opportunity to write letters (including postcards and one-stroke notes). 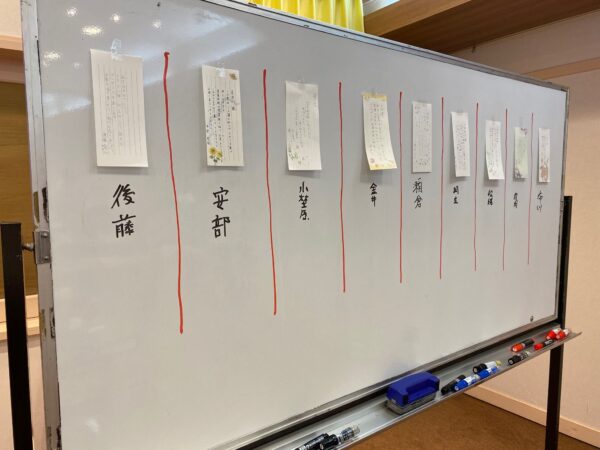 At the end of the class, I asked them to write a letter using a single-stroke paper, assuming the other person and the situation.

A nice and heartfelt letter, saying I didn't write it at all!

Those who receive it will surely be pleased.

On the last day of the group class, I also visited other classes. 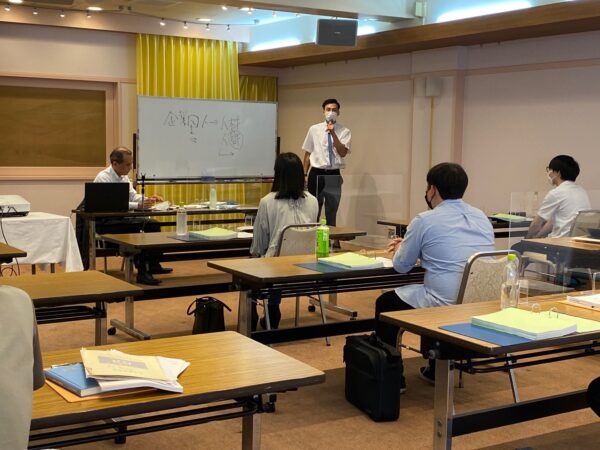 This is1Grade "Companies and People".Lecturer is Gen Kobayashi of Musashino Shuzo Co., Ltd.

Introduce yourself one by one, and then the person nominated by the instructor must ask any questions.

And what about you?I was made to think. 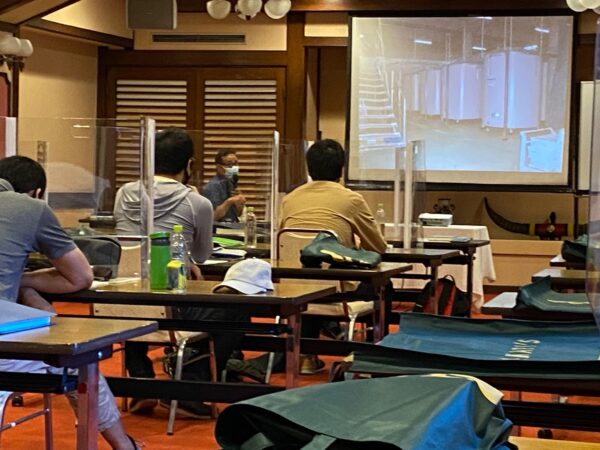 The instructor of "My Sake Brewing Theory" in the second grade is Yoshikazu Ishiguro of Hara Shuzo Co., Ltd. Toji.

The reconstruction from the Chuetsu-oki earthquake and the sake brewing that Mr. Ishiguro thinks were introduced in an easy-to-understand manner using videos. 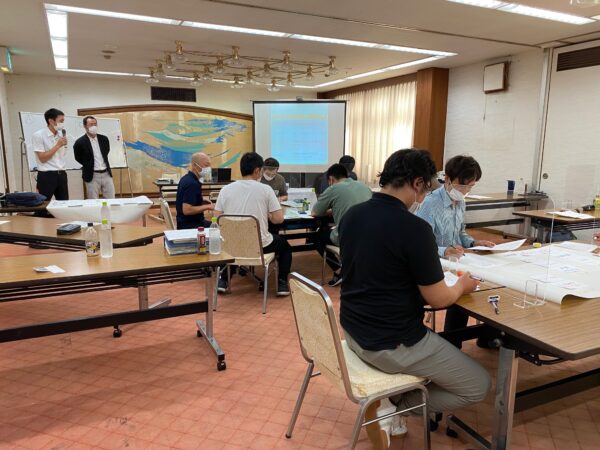 This is3"Discussion method" of the grade.

Cases of specific problems are presented, and measures for solving the problems are discussed in groups and conclusions are drawn. 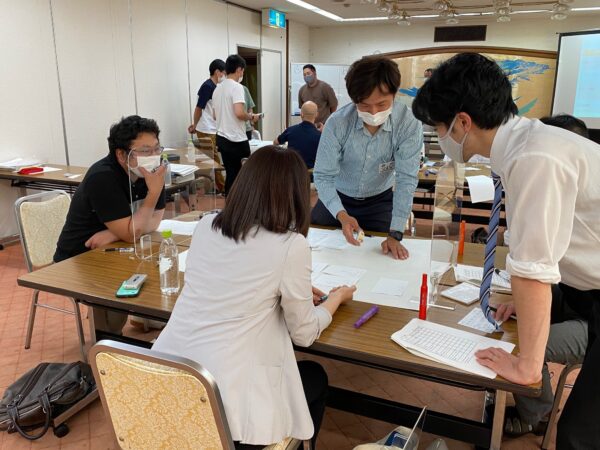 As expected it is a third grader.

They actively fought, consulted, asked questions, and finally came up with their own answers.

The bonds of Niigata Sake School, which are nurtured over three years, will be utilized in various aspects after graduation.