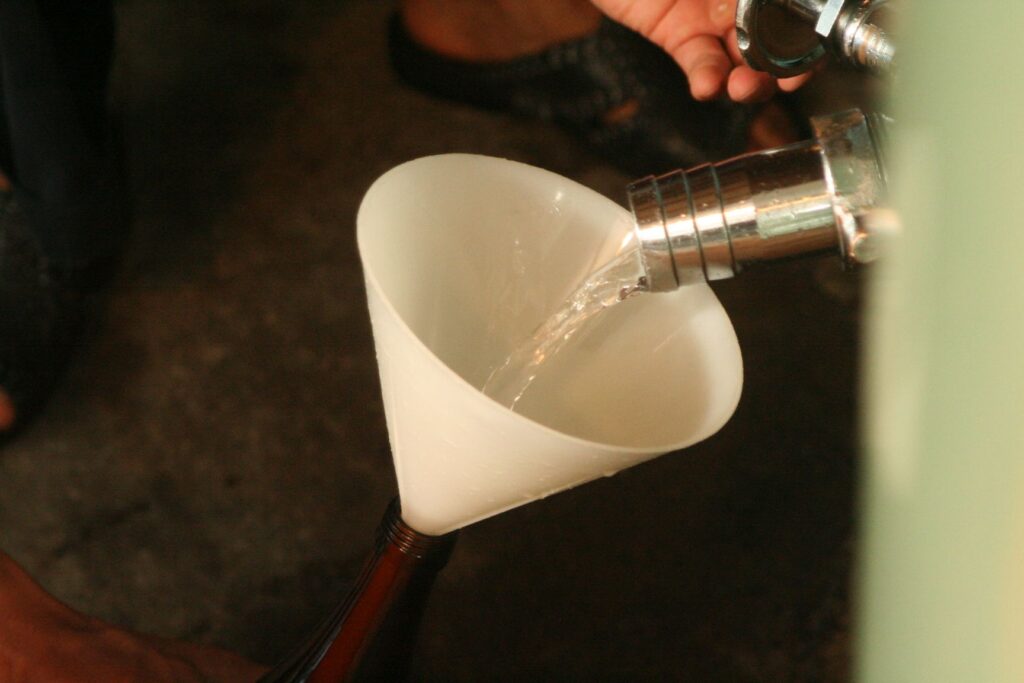 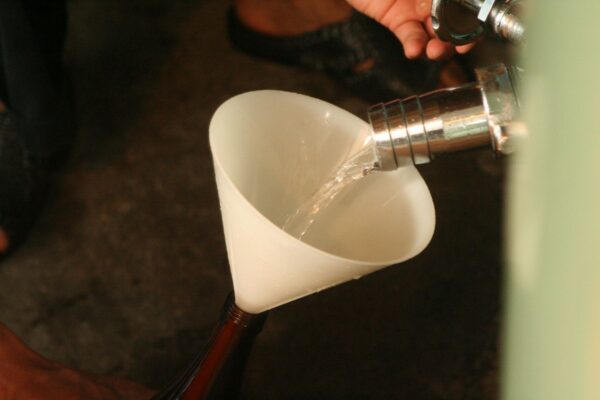 In early summer, which is the off-season for sake brewing, in addition to shipping work such as bottling, machine maintenance, tool maintenance, and brewery cleaning are performed at the brewery.When I go to the sake brewery, I see that the brewers themselves repair the tools and paint the tanks, and I think that many brewers are dexterous.There are many people who like making things, so it seems that they are doing it while having fun.

During this season, which is not the brewing season, important events that influence the taste of sake in the next season are held.That is "drinking". 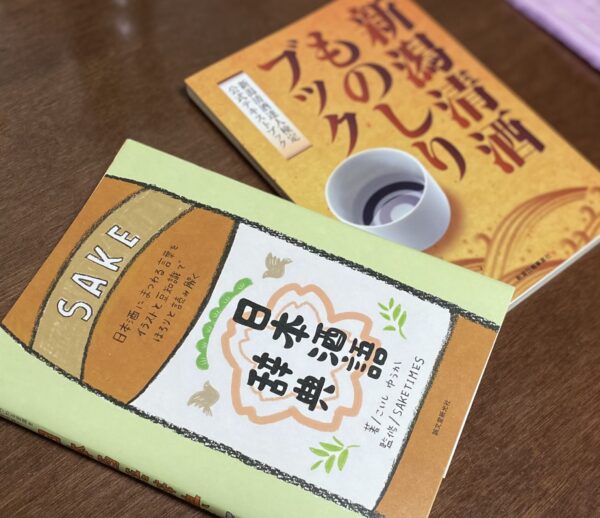 6Month15From the "Sake" shelf of the "Honma Bunko Niigata Food Library" that opened in Honmachi, Niigata City, with the support of everyone on a daily basis.2I took out a book and checked "Drinking" again.

The Niigata Sake Master Examination Association and the Niigata Sake Brewers Association supervised and edited the Niigata Monoshiri Book (Niigata Nippo Jigyosya), which states, "Stable by grasping different aging conditions for each storage tank and blending appropriately. It can be shipped with the quality that we have achieved, "and that is why we do" swallowing. "

Already1Click here for the explanation of the book "Understanding with Illustrations and Trivia" "Japanese Sake Dictionary". 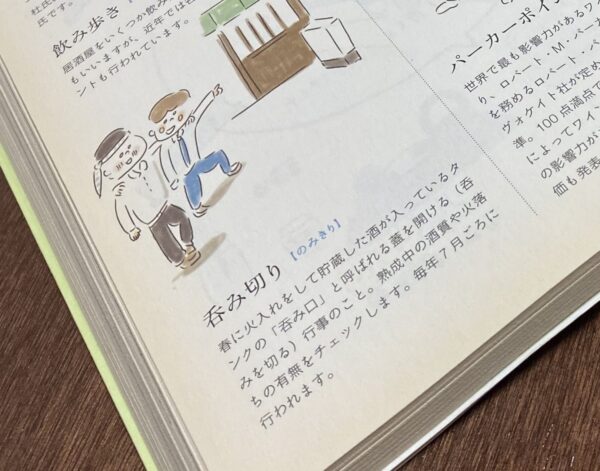 The first thing that ordinary people are interested in is "drinking" and "drinking mouth."Until I interviewed, I was wondering what it was like. It is this that is written in the "Japanese Sake Dictionary" as "a lid called a drinking mouth". 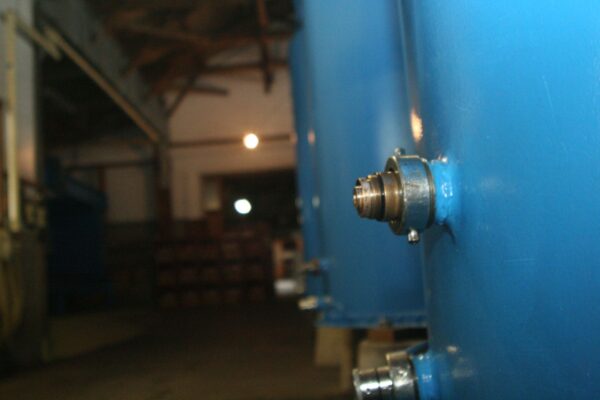 Attach a "drinking tool" to the "drinking mouth" under the tank and take out the stored sake. 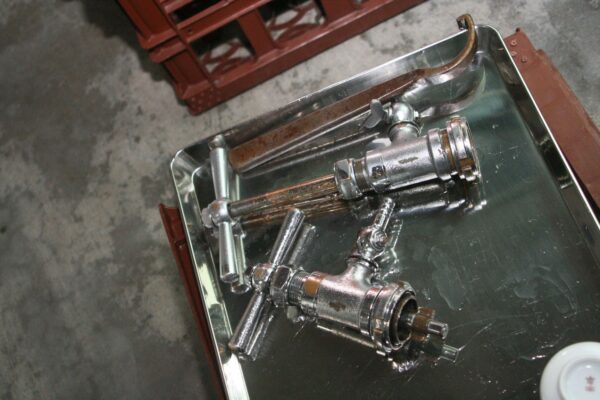 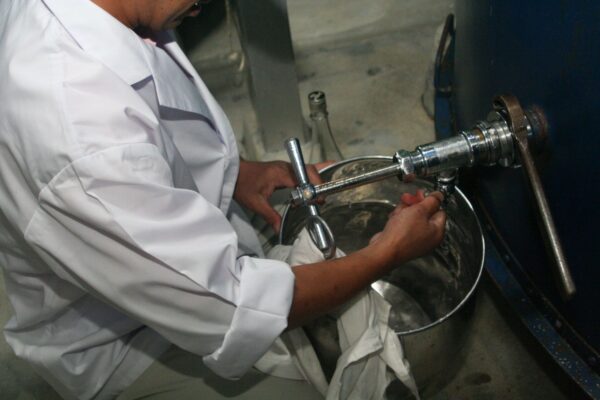 Tank1Our1Since sake is taken out of the book, preparations for "drinking" are often done the day before. 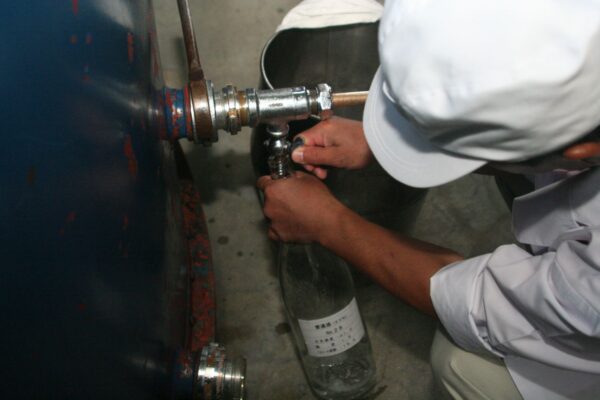 Previously, when I was interviewing "Drinking" at Kinshihai Shuzo Co., Ltd. in Gosen City, I was very impressed to see it from the "Drinking" work the day before.With1Our1I realized that taking out a book is a difficult task.

The sake taken out of the tank is numbered and labeled, and is lined up with the sake. 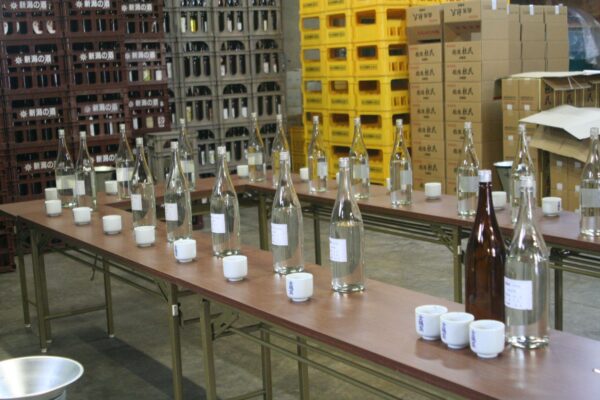 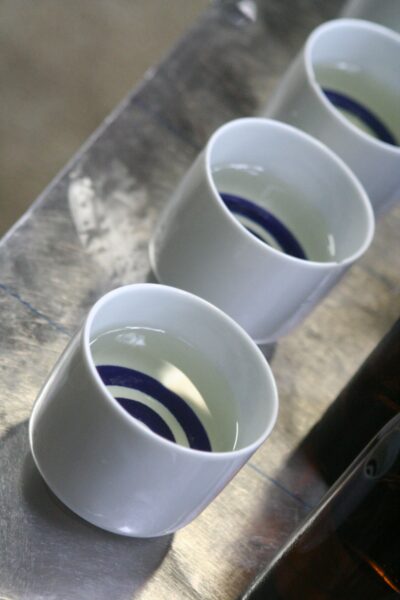 Color is an important checkpoint as well as fragrance. 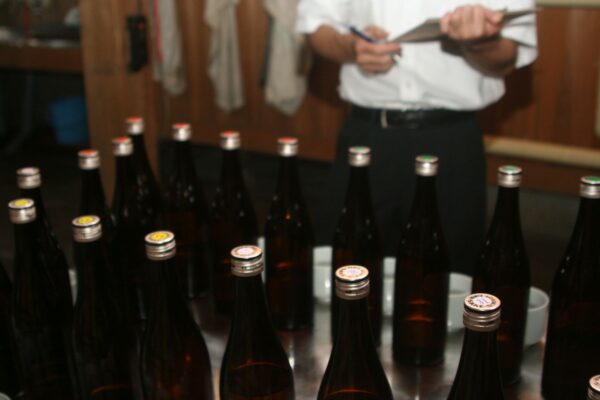 Some sake breweries ask experts such as teachers of the Niigata Prefectual Sake Research Institute to evaluate them, while others seem to be done by the company's manager and Toji and other manufacturing personnel.Some warehouses hold a feast after drinking.

The taste of each sake in the next season will be decided by "drinking".

At Asahi Shuzo Sake Brewing Co., Ltd. in Nagaoka City,2015Years7In the month of the month, the event "Storage Hara Sake" where consumers can experience a part of the "drinking" event100The Ki Kishu Society of Books was held. 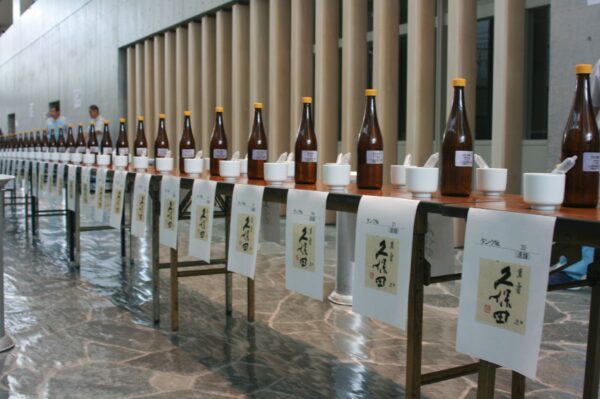 100The appearance of the original sake of the book is a masterpiece.

It seems like a dream for sake lovers to be able to drink these sakes. 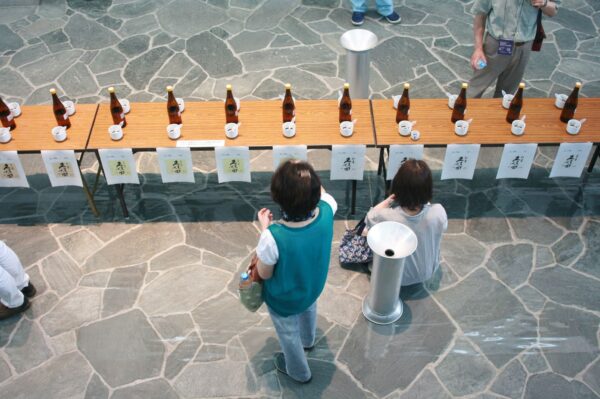 2019This event, which lasted until the year, was canceled last year due to the corona disaster, and unfortunately it was canceled this year as well.

I strongly pray that it will be held next year.

This year as well, "drinking" was held at sake breweries in the prefecture.1Our1You'll have to check the taste of the book tanks and wonder what kind of sake you're going to leave.

After many hardships at the sake brewery, let's nest with confidence1I want to look forward to the day when I can taste the book.